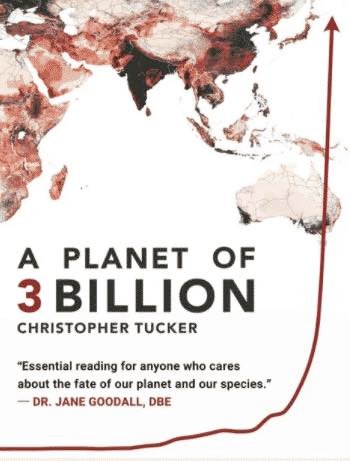 In his new book A Planet of 3 Billion, Christopher Tucker presents a vision of a future world inhabited by 3 billion people, compared to 7.8 billion today. Inspired by Joel Cohen’s 1995 book How Many People Can the Earth Support? Tucker sets out to answer exactly this question. The ecological destruction caused by humanity demands reduced consumption and a new economy, but also strong future population decline. To understand why and how this can be achieved, Tucker uses a geographical approach. Despite a few weak sections, this book is worth reading by both scholars and general readers.

Anyone who has realized that the human population is too large would probably be interested in a book titled A Planet of 3 Billion: Mapping Humanity’s Long History of Ecological Destruction and Finding Our Way to a Resilient Future. A Global Citizen’s Guide to Saving the Planet (2019, Atlas Observatory Press, 324 pp). As Chairman of the American Geographical Society, Christopher Tucker explores questions of population and sustainability from a scientific foundation.

Chapter 1 begins with “I am an unrepentant capitalist”. In addition, Tucker states that technology should be an important future force in a world changing for the better. However, he also states that economic “growth-mania” is leading us astray, and that national economies must be revised. The book is written to make concerned citizens think about the problems caused by both increasing population and consumption, and about possible solutions.

Chapters 2-5 give a good overview of environmental and ecological problems that humanity caused historically, and how they accelerated during the last 60-70 years. Tucker introduces, and emphasizes throughout the book, the importance of geographical analysis and thinking. We need to map how and where problems arose, and analyze present and future conditions geographically, to be better prepared to solve problems (as part of this effort, Tucker encourages the use of MapStory.org, a free and interactive geographical Internet site – at the moment not available, being relocated).

Chapter 3 (“Earth’s People Problem”) introduces the idea of Homo sapiens as an invasive species, a concept used by conservation biologists for animals and plants invading and negatively affecting ecosystems. One point should have been added, namely that on the continent where humans evolved (Africa) people did not cause the extinction of the megafauna (large predators like lion, large herbivores like hippo and elephant), as happened elsewhere as humans spread. No doubt people influenced the African ecosystems, but over time humans co-evolved with the large mammals. In contrast, as we entered other regions at later stages of our development, species extinctions followed in our footsteps (including many huge mega-herbivores, unaware of human hunters, and more than 1,000 flightless bird species on islands). We have been even more invasive in colonized regions than the non-human invasive species, many of which came along with us (e.g. rats, domestic cats, and many plants). 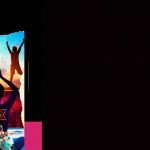