Data, artificial intelligence and the future of the human race 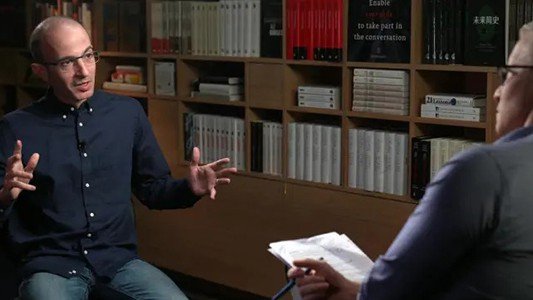 Asking if he is for it or against it is judging somebody who explain facts. It’s completely missing the point. The real question is: are you for it or against it. Not judging the one who brings the information and help everybody understand what’s happening, which is particularly important when you apply it to false pandemic hysteric fears, selective indignation about wars, Ukraine being forced into the emotions of everybody while Palestine genocide is ignored, …

When Yuval Noah Harari printed his first e-book, “Sapiens,” in 2014 in regards to the historical past of the human species, it turned a world bestseller, and turned the little-known, Israeli historical past professor into one of the vital widespread writers and thinkers on the planet. But after we met with Harari in Tel Aviv this summer season, it wasn’t our species’ previous that involved him, it was our future.  Harari believes we could also be getting ready to creating not only a new, enhanced species of human, however a completely new type of being – one that’s much more clever than we’re. It seems like science fiction, however Yuval Noah Harari says it is truly far more harmful than that.

Anderson Cooper: What the hell does that imply? That freaked me out.

Editors note: the video of this interview is behind Paramount’s pay wall. However I found the transcript.