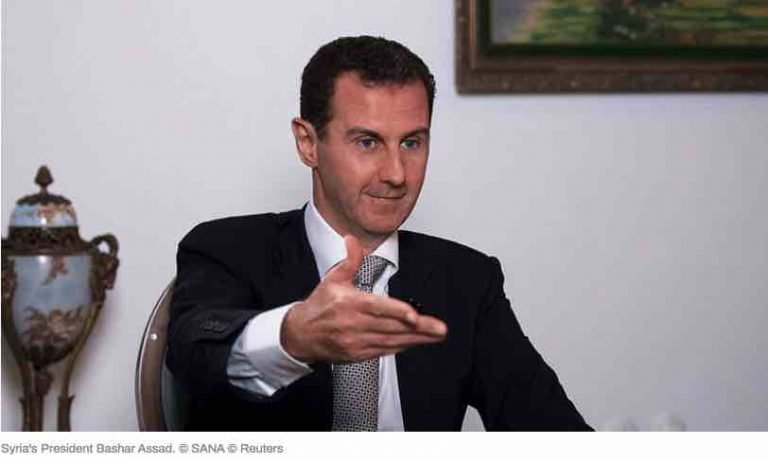 The symbolic victory for Assad and his allies has galvanized Russia, Iran and Hezbollah like never before in its campaign to rid Syria of terrorist groups. While Iran calls for new talks, Al-Qaeda’s days appear numbered.

Deir ez-Zor, once a major staging post of ISIS forces and not controlled by Kurd-led SDF forces who were taking Raqqa (only about 100 km away), was an attractive military target the Syrian army feverishly pursued. For Assad’s government and his allies – Russia, Iran, and Hezbollah – the liberation of the town would provide great symbolism, and Russian air support was undeniably key to those ends.

For Syrian President Bashar Assad, the main thrust of the six-year Syria War is over. For his allies, however, the fall of Deir ez-Zor represents much more than just merely pounding ISIS into submission. But for the Syrian coalition, basking in its glory after its victory against Al-Qaeda groups in Aleppo, Deir ez-Zor has proved beyond any doubt the military effectiveness of this alliance, which needed a clear, uncompromising victory against the terrorist forces.

The Syrian army, supported by both Hezbollah and Iran (or Iraqi militias, for that matter) proved to be highly effective when backed with top-notch air support from Russia.

Shamkhani’s comments though were double-edged. For those who understand the significance of Deir ez-Zor, it was clear that he wasn’t only making a point about the strength of the Syrian coalition. He was also hinting about the US presence in Syria and how this is clearly a ticking time bomb which needs to be defused.

The top Iranian security official warned it was essential that all countries and political groups respect Syria’s sovereignty.

“All sides’ commitment to an inter-Syrian solution and respect for the people’s right to determine their destiny without any foreign interference will lay the ground to facilitate finding a way out of the crisis in the country,” he noted.

The fight against terrorism is still ongoing though, and Shamkhani’s comments suggest the Syrian coalition should be the only partners working to eradicate pockets of Al-Qaeda groups holding out in Idlib, in an enclave in the north of the country, which is also an expanded citadel of opposition ‘rebels’ who are no longer supported by Washington, namely the FSA. This turn of events may well explain why Trump has distanced himself against the FSA.

Indeed, just in the past few days, it was announced Britain will also no longer fund its Syrian rebel training program. Is it possible that London and Washington want the FSA to be conveniently finished off by the Syrian army and its partners? Has the West’s interest waned in Syria so much that it has grown resigned to a Russian victory and that it is content with its small northern strip of territory held by its Kurd allies?

Much will depend now on how Washington reacts to the victory at Deir ez-Zor and Iran’s swift call for dialogue now in Syria. In theory, the war could be over, and a process of reconstruction (no doubt supported financially by the EU) could start quite soon. But America’s justification to remain in Syria is even more tenuous as the argument Washington always presents – that its troops are there to kill ISIS has no foundation now.

That is the real point of Deir ez-Zor and what the victory really means for Syria and its allies. How will the US justify now at a UN level the illegality of its presence in Syria? Meanwhile, Israel has just kicked off its “largest military exercise in over 20 years,” the Jerusalem Post reported, simulating war conditions with Hezbollah – both in Lebanon and on the border with Syria.

Regarding Syria, it’s unlikely the US will pull out though, as that’s not the kind of press coverage Trump’s people can present to him. US forces will inevitably stay, but in a more ‘monitoring’ role, which might push Assad’s patience to a tipping point in the future. There’s much talk of a US air base being built in Raqqa for example, and one option for the US would be to deploy more soldiers to that region, which for the moment, Washington can kid itself is “not proper Syria.”