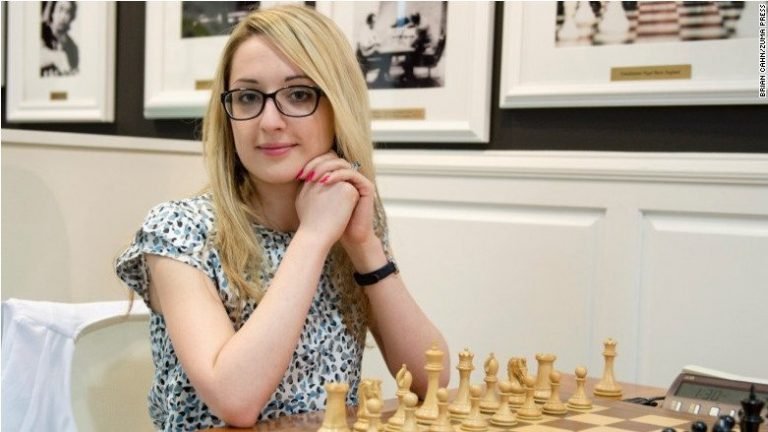 Some of the world’s top female chess players are upset that the next world championship will be held in Iran, where players are expected to wear head scarves.

The US women’s champion, Nazi Paikidze-Barnes, will not be taking part in the event in Tehran next February due to her concern over the issue.

Meanwhile former Pan American champion Carla Heredia — who did not qualify for the Tehran tournament — also called for the 64 women who are playing there to protest against the hijab rule.

“Iran has hosted chess tournaments before and women were always forced to wear a hijab,” Paikidze-Barnes told CNN. “We don’t see this event being any different, forced hijab is the country’s law.”

This, she said, is “religious and sexist discrimination.”

She added: “If the venue of the championship is not changed, I will not be participating. I am deeply upset by this. I feel privileged to have qualified to represent the US at the Women’s World Chess Championship and to not be able to due to religious, sexist, and political issues is very disappointing.”

Meanwhile Heredia, originally from Ecuador and now living in Texas, said: “This is not only about 64 players, this is a world issue, a women’s rights issue. That’s why I’m speaking up. Sports should be free of this type of discrimination.”

She said she hoped Iran would agree for women to play without hijabs without fear of punishment.

Islamic codes of behavior and dress are strictly enforced in Iran. In public places, women must cover their heads with a headscarf.

Susan Polger, the chairman of FIDE’s Commission for Women’s Chess, has so far not received any complaints from players on the matter. However, she said, if complaints come in, the commission will handle them “professionally and diplomatically.”

Polger, who is retired from competing, said she has never had to play a tournament wearing a headscarf. However, she said that speaking personally, she would not have an issue with wearing one out of respect for a country’s culture.

Iran was the only country which made a proposal to host the event, a World Chess Federation (FIDE) spokeswoman told CNN in a statement.

She added that since there were no objections from any of the other 150 national chess federations — including the US — FIDE’s General Assembly accepted the proposal.

FIDE is “reviewing all possible solutions for the players’ comfort and will discuss all the issues with the organizers in Iran during meetings in the next few weeks,” said the spokeswoman, adding that the organization had so far not received any complaints from players competing.