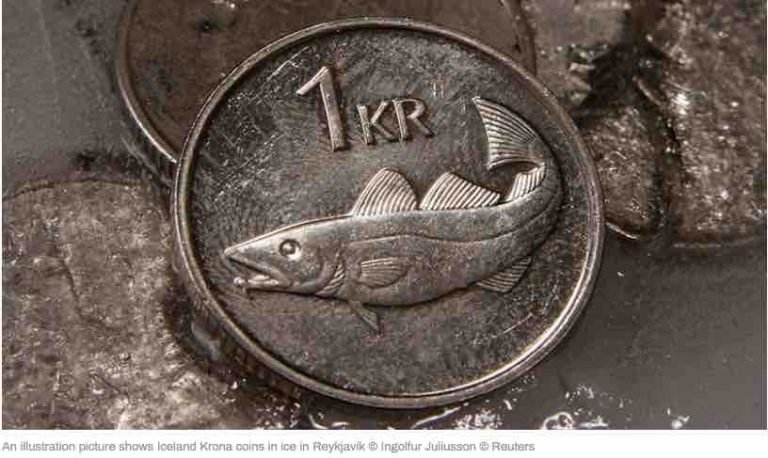 That’s the benefit of jailing bankers and canceling debts and ties to the Rottenchild central banks.

The value of Iceland’s krona is on the rise. Two interest rate cuts have not been enough to erode the currency’s appreciation fueled by economic growth, a boom in tourism, and relatively high yields.

“While volatility did increase when controls were lifted, the trend has been toward further appreciation, and we expect some further appreciation throughout the summer,” Jon Bjarki Bentsson, a Reykjavik-based economist at Islandsbanki, told Bloomberg. “The surge in tourism has outpaced the growing deficit on goods trade.”

International travelers have flocked to the country to catch a glimpse of the northern lights, to detox or simply explore the locations of the popular TV series Game of Thrones. Tourists spent 26 billion krona ($212 million) in Iceland last year using credit and debit cards. The government is even considering ways of raising taxes in the tourism sector.

Spending data confirms the economy of the country worst affected by the 2008 financial crash is on an upswing. In March the Finance Ministry of Iceland said it would lift the remaining capital controls that have been in place since the crisis.

Iceland’s gross domestic product rose 11.3 percent in the fourth quarter compared with a year earlier, after growing 9.6 percent in the previous three months.