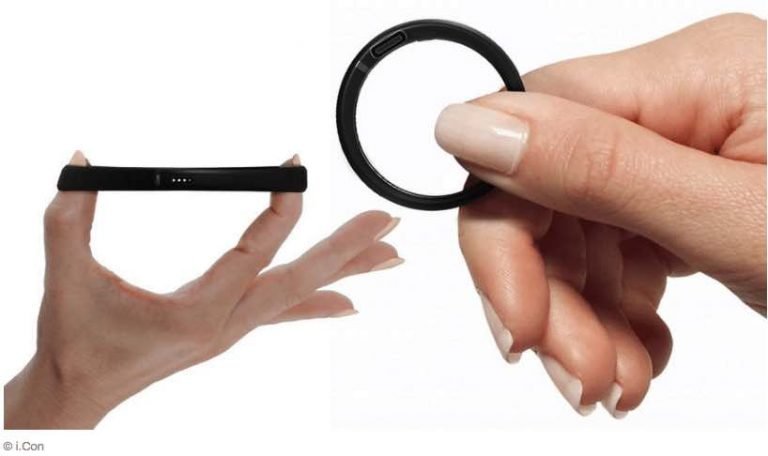 The i.Con Smart Condom Ring, described as “revolutionary wearable tech for the bedroom” also monitors the speed of the male user’s thrusts, how long the encounter lasted, and the dimensions of their genitals, before sending the collected data to the user’s smartphone. The device can then contrast and compare their stats against other men around the world.

“It’s here and it’s beautiful. We wanted the i.Con to look refined, non-intrusive and lightweight – the finished article is nothing short of any of those things,” said Adam Leverson, the project’s lead engineer.

The device is an illuminating, waterproof and “extraordinarily flexible” rubber band that “ensures maximum comfort for all sizes”. The gadget fits around the base of the penis but, unlike its more conventional counterpart, does not provide any protection against pregnancy or STIs, so users are still encouraged to wear a condom with the device.

The British company says the ring is due to go on sale online in January 2018 for £59.99. “It’s truly the next step in wearable tech and we believe we have pioneered a product that will not only bring an extra element of fun into the bedroom, but will also help indicate potential STIs present as well as prevent condom slippage, a leading cause of unplanned pregnancy in the UK,” said John Simmons, a spokesperson for British Condoms.

It’s worth noting, however, that as with any smart device, they are open to hacking. Smart sex toys in particular carry the threat of their personal and intimate data being misused.

Security researchers in the US have warned that hackers could easily take control of smart sex toys from the street. Recently, a Canadian sex-toy manufacturer paid customers US$3 million for collecting data relating to their sexual habits without their consent.