One man could end world hunger, but he won’t 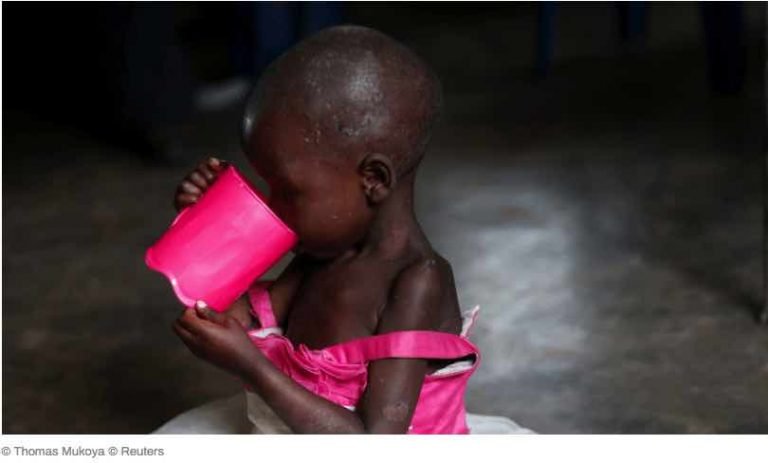 And nobody cares, that’s why everybody will suffer or die. The so-called “international community” will pay the price for its ego rooted capitalism. Humanity is now like a sleepwalker nearing a cliff admiring super-rich people like Jeff Bezos and his 150 billion dollars and showing contempt for the children of Gaza or Yemen. Don’t worry it’s coming to you! But you will realize it when the free fall from the edge of the cliff will start… Only a world revolution can save us. A real one with the seizure of the wealth of the mega-rich people.

We all know the Lex Luthor-looking head of Amazon is the richest human in the world.

He’s achieved a net worth of more than $150 billion by selling everything that has ever existed… with free shipping. (It turns out the only thing stopping the human race from giving all our money to one man was that pesky $4.99 shipping fee.)

But let me stop right here. Even the way we talk about economics is influenced by a capitalist culture that tells us amassing money is the answer to everything. Did you notice I said Bezos “achieved” a net worth of $150 billion, and that seems like a normal way to phrase it? However, would you say, “Jeffrey Dahmer achieved eating the hearts of 10 different people?” No, that would sound odd to you. Yet having $150 billion is nearly as sociopathic, and still we use terminology as if it’s GREAT!

But, like I said, this column is not about Jeff Bezos. It’s about clean water.

Clean water is one of the most important things to anyone and everyone (second only to nacho cheese). Yet millions around the world don’t have clean water or struggle to get it. A report by the UN “estimated that 300 million people on the continent [of Africa], more than a third of the population, have no fixed supply [of clean water].” About 2.5 billion lack proper sanitation. The CDC says 2,200 children die a day from diarrheal diseases – mostly from unclean water.

Millions of people in total die each year from a lack of clean water. So how much would it cost to change that? It would cost $10 billion a year to bring pure water to the entire world.

Jeff Bezos himself could provide the world with clean water for the next 15 years.

He could save millions upon millions of lives. But instead of doing that, he will continue to enrich himself by delivering sex toys in a box with a smiley on it.