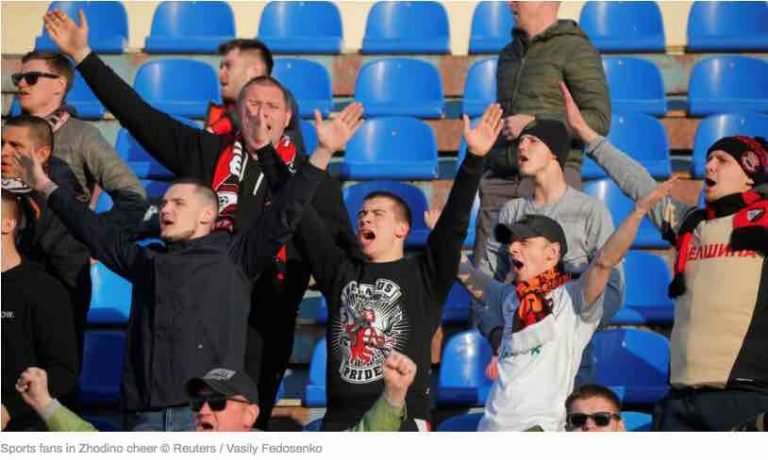 Another great Leader respecting freedom of people: Belarusian President Aleksandr Lukashenko who said, “Better to die standing than to live on your knees.”

With most of Europe gripped by Covid-19 panic and in lockdown mode, Belarusian President Aleksandr Lukashenko sees no cause for alarm — and life has gone on as normal. But is it a level-headed response or a risky gamble?

Belarus has been lucky so far with less than 200 confirmed cases of the novel coronavirus. Yet, it was at this point, with the numbers of infected creeping into the hundreds, that the majority of other European nations began to take steps to mitigate the spread — and to follow the World Health Organization’s (WHO) advice to ‘flatten the curve’ of infections to prevent an explosion of cases from overwhelming healthcare systems.

The warnings appear to have fallen on deaf ears in Minsk. The Belarusian leader summed up his approach to the coronavirus crisis at a hockey match on Sunday, telling gathered reporters that it is “better to die standing, than to live on your knees.” Indeed, the Covid-19 crisis has been a boon for the Belarusian Premier League. It has managed to sign 10 new TV deals with sports channels around the world after they were left with little to broadcast, as most countries cancel their football leagues.

At the hockey match on Sunday, Lukashenko added that there were “no viruses” at the game because the ice rink is like a refrigerator. Perhaps he hadn’t read the WHO’s clarification which states that there is “no reason to believe” that cold temperatures can kill Covid-19.