Maitreya Rael is the last messenger sent by our extraterrestrial creators, the Elohim, and was asked to make their final message to humanity known to everyone.

At the age of 27, on the morning of December 13, 1973, while he was still running his successful racing-car magazine, RAEL had an extraordinary encounter with a human being from another planet, at a volcano park in the center of France, known as “Puy de Lassolas”. This extra-terrestrial gave him a new detailed explanation of our origins and information on how to organize our future, as recorded in the book: Intelligent Design. After six consecutive meetings in the same location, Rael accepted the mission given to him, to inform humanity of this revolutionary message and to prepare mankind to welcome their Creators, the Elohim, without any mysticism or fear, but as conscious and grateful human beings. After a few months considering this huge task, Rael almost developed a stomach ulcer before finally deciding to give up his much-loved career as a sports-car journalist and devote himself fully to the task assigned to him by Yahweh – the extraterrestrial whom he met. Within the year following the encounter, he managed to print the book reporting about the event and appeared on two of the main TV and Radio shows in France, announcing a public conference. This first public conference held in Paris on September 19, 1974, attracted more than 2000 people. Shortly after, he founded the association MADECH – a group of people interested in helping him in his huge task- that would later become the Raelian Movement. By the end of the year 1974, the association counted 170 members. They are now more than 100,000 members in over 120 countries.

On October 7th, 1975, he had a second encounter and was given additional information recorded in his second book, also part of Intelligent Design. Since that time, Rael has been touring the world, giving conferences and seminars on every continent, gathering those who share the desire to welcome our Creators.

He also authored several other books like Sensual Meditation which is a central part of his teachings, “Geniocracy” advocating for a more intelligent management of the planet and “Yes To Human Cloning” explaining the possibility of becoming eternal and the beautiful future one can expect thanks to science.

Over the years, Rael has inspired several public actions from the promotion of the use of condoms in schools to the promotion of masturbation; from worldwide campaigns in support of minorities with the slogan “to tolerate differences is not enough, one should love differences” to the disturbing request to have all religious books censured where they don’t respect Human Rights; from the support of Human Cloning through the founding of Clonaid, to the promotion of GMO as the only chance for all human beings on Earth to have food; from the creation of Clitoraid, an association to help women who have been circumcised to have their clitoris repaired so that they can experience pleasure again to the call for the gathering of all African traditional chiefs to create the United States of Africa.

Rael has been a guest on most of the major TV programs worldwide like 60 minutes, CNN, FOX, and BBC news programs, as well as programs like Breakfast with Frost and Entertainment Tonight, to name a few. He has been invited to explain his vision of science to the American Congress and has been the guest of many leaders of this world, with the President Denis Sassou N’Guesso of Congo being the first to welcome him officially in 2000. Many artists acknowledged him as well as the French author Michel Houellebecq and Hugh Hefner.

In every culture on Earth, a messenger is expected, whether it is the Maitreya of the Buddhists, the Messiah of the Jews, the Paraclete of the Christians, or any other name that has been given by the many tribes around the world. This expected messenger, like all the previous ones, isn’t supposed to please everyone, but to state what our Creators are expecting from us. This is what RAEL has been doing for more than 40 years now, travelling relentlessly while making the vow not to own anything, but to give everything towards welcoming our Creators in the Embassy they requested be built before 2035.

At age 27, on the morning of December 13, 1973, while he was still running a successful racing-car magazine business, Rael had an extraordinary encounter with a human being from another planet. The visitor’s name was Yahweh.

After six consecutive meetings in the same location, Rael accepted the mission given to him, to inform humanity of this revolutionary message and to prepare mankind to welcome their Creators

He was invited to travel in space and visit the planet of the Elohim, where he met all the great prophets.

During more than 45 years of dedication,

Rael has taught us how important it is to elevate ourselves and love all of humanity.

All these years, he has guided us and initiated special humanitarian causes to save humanity. 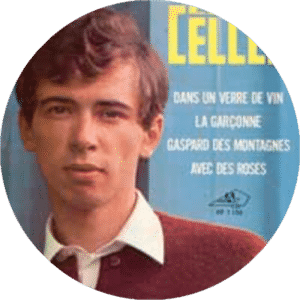 Rael was born Claude Vorilhon on September 30, 1946, in Vichy, France, and was raised in Ambert by his aunt and grandmother. Impassioned by poetry, singing, and songwriting, Rael left home at the age of fifteen and went to Paris where he performed as a singer under the pseudonym Claude Celler.

As a great admirer of Jacques Brel, he sang in all the Paris Cabarets where the Belgian star performed at the beginning of his career, especially L Echelle de Jacob. 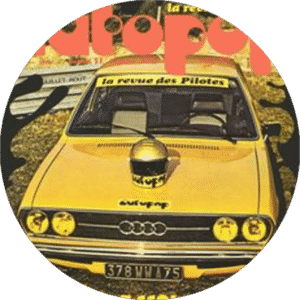 He founded his own car racing magazine, which became the Number 1 French racing-car magazine and allowed him to race cars that were lent to him. 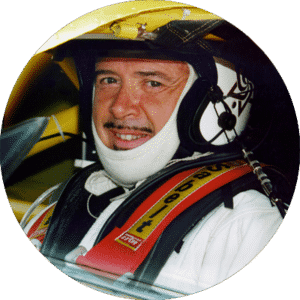 He graduated from the famous Winfield Racing School in Magny Cours, France, which produced champions such as Alain Prost. To everyone’s surprise, at his first-ever race on the Albi track in France, he achieved the pole position against some very experienced and famous drivers.

He soon became known for his first lap talent, sometimes overtaking as many as seven other cars on the first lap!

Would you like to learn from the last prophet? RAEL is still with us!

It is now your opportunity to have this life experience with the Last Prophet, RAEL.

LEARN MORE ABOUT THE HAPPINESS ACADEMY

New to the Raelian Happiness Academy? We are very happy to help you with every step!