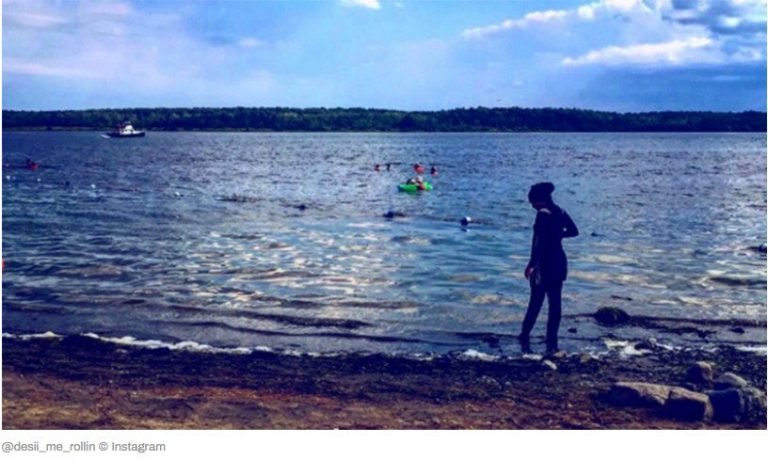 Boycott tourism in France as long as this clothing police Iran-style stays in place.

The Board of Deputies of British Jews said it was “very concerned” by reports of police harassment of Muslim women in several French cities.

Photos of armed French police standing over a middle-aged Muslim woman as she is forced to remove a burkini on a beach have caused outrage online, with some comparing the action to so-called “morality police” in Islamic countries that maintain Sharia law.

A spokesman for the Board of Deputies said: “We were very concerned to see the scenes on a French beach yesterday during which a Muslim woman was confronted by police about her modest style of dress.”

In the absence of “some compelling reason – such as the infringement of the rights of others, or some demonstrable safety hazard – it is important that people of different faiths be allowed to manifest their beliefs through their dress.”

While France’s own Jewish groups have yet to comment on the controversy, a senior rabbi of the Grand Synagogue of Paris defended the ban in an interview with Jewish news service JTA.

Moshe Sebbag said the mayors who banned the burkini “understood this is not about women’s liberty to dress modestly, but a statement as to who will rule here tomorrow.”

“They understand today there’s a religious war, a takeover of the secular establishment of the French Republic, and this is what they find unacceptable.”

He said that he agreed with the burkini ban “because you see that going with it [a burkini] is not innocent, it’s sending a message.”

In Nice, southern France, a middle-aged Muslim woman wearing a burkini was given a warning and ordered to pay an on-the-spot fine for violating municipal laws.

Photos of the incident show four armed police standing over her as she is forced to remove the garment.

A similar incident in Cannes saw a Muslim mother threatened with pepper spray and being ordered off the beach for simply wearing a headscarf.