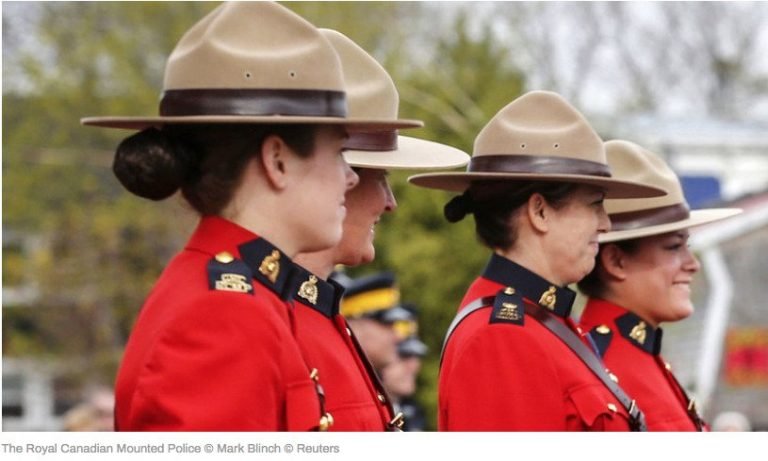 What a difference with anti-freedom France!

The Royal Canadian Mounted Police have given official permission to female officers to wear hijabs along with their famous British-style red uniforms in hopes that the stunning measure will boost recruitment of Muslim women and promote diversity.

“The commissioner of the Royal Canadian Mounted Police (RCMP) recently approved this addition to the uniform,” Scott Bardsley, a spokesman for Public Safety Minister Ralph Goodale, told AFP on Tuesday.

“This is intended to better reflect the diversity in our communities and encourage more Muslim women to consider the Royal Canadian Mounted Police as a career option,” he added.

Police in Britain, Sweden, and Norway, as well as some US states, have adopted similar uniform policies, Bardsley said.

The decision to allow hijabs was first approved in mid-January, but was officially announced on Tuesday, according to local daily La Presse, which cited internal correspondence between Goodale and RCMP Commissioner Bob Paulson.

Three types of hijabs were tested before one was selected as suitable for police activities, according to the newspaper.

The RCMP has become the third Canadian police agency to allow hijabs to be worn on duty. Toronto police first allowed it in 2011 and Edmonton police give it the green light in 2013, according to Commissioner Paulson’s note cited by La Presse.

The RCMP uniform – a red serge tunic, leather riding boots, and wide-brimmed Stetson campaign hat – is iconic for Canadians and has only undergone minor changes since it was first introduced in the 1800s, largely influenced by British military traditions of the time.

Prior to the uniform change, some 30 officers had asked for the rules to be relaxed for religious or cultural reasons over the past two years, La Presse reported. In most cases, the officers wanted to grow beards.

In early 1990, RCMP Sikh officers were allowed to wear turbans, and general attitudes towards the uniforms have softened since then.

Encouraging diversity appears to be a significant part of Prime Minister Justin Trudeau domestic policy. Earlier on Tuesday, he dismissed the idea of Canada imposing a burkini ban – a hot and pressing issue across Europe.

“In Canada, can we speak of acceptance, openness, friendship, understanding? It is about where we are going and what we are going through every day in our diverse and rich communities,” he was cited as saying by AFP.