Americans’ trust in mainstream media has never been lower – but journalists insist it’s the audience’s fault, not theirs 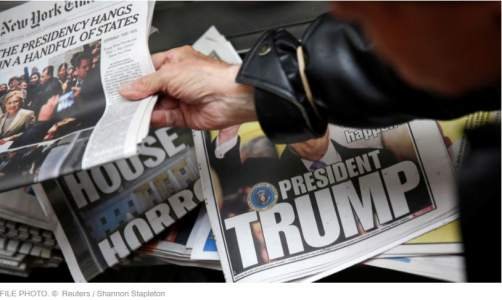 Not only in the US, but everywhere. Let us celebrate the end of MSM…

Fewer than half of Americans trust mainstream media, according to PR firm Edelman’s annual “trust barometer.” But rather than attempt to repair the relationship, media outlets blame their audience’s poor ‘information hygiene.’

Long headed for collapse, Americans’ trust in the media establishment hit an all time low in 2021, falling three points overall to just 46 percent, according to Edelman’s most recent annual survey. The figure marks the first time Americans’ trust of journalism sank below the 50 percent mark.

Americans’ trust in social media also hit rock bottom, clocking in at a miserable 27 percent, according to Edelman’s annual “trust barometer.” Globally, people’s faith in social media wasn’t much better, with just 35 percent of users deeming it a trustworthy source for “general news and information.”