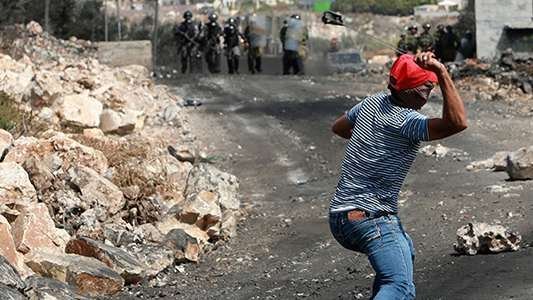 What is the next step? Death penalty for throwing a stone at cars?

Government ministers in Israel have voted to increase penalties ten-fold on people convicted of throwing stones at vehicles from two to 20 years, in a move designed to deal with a wave of violence that has hit some of Jerusalem’s Arab districts.

If Israeli courts can prove that someone threw a stone with the intent of causing serious bodily harm, they may be able to impose a jail sentence of 20 years.

The law would also allow the conviction of people who hurl rocks at police cars or police officers with the aim of hindering them from carrying out their duty.

If intent to cause harm can’t be proven, then the amendments still allow for a hefty 10-year sentence if the safety of a person or a vehicle is endangered. At the moment, such crimes have a maximum penalty of two years in prison.

Although the changes have been given the green light by the Israeli cabinet, they must still be approved by the Knesset and the ministerial Committee for Legislation.