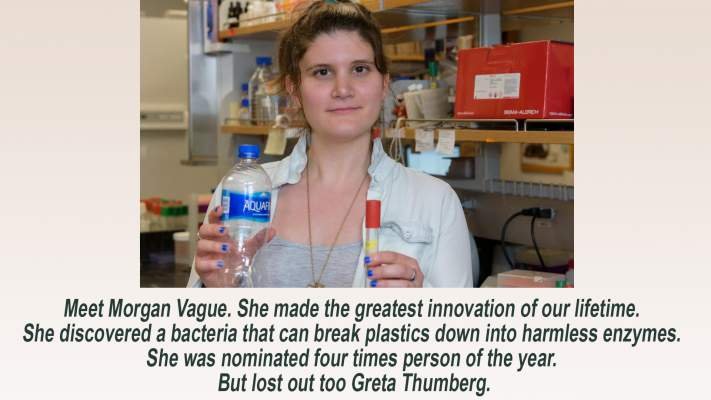 Now, as you may be aware, she did not make the Time Magazine person of the year because instead the elitists directors of Time Magazine decided to put Greta Thunberg on the coveted front cover and made her person of the year, for doing absolutely nothing but throwing immature temper tantrums and saying “How dare you!”, the lefts favourite buzzword of all.

Of course, it is much deeper than that and it involves the swamp, because if the worlds population realises that their is an extremely cheap and effective way of utterly destroying the plastic pollution scourge, then there will be no way for the globalists to tax us, raise new regulations (control) and create new taxpayer funded NGO’s for the purposes of wealth transfer/redistribution under the guise of “protecting the climate”, so you don’t hear about Intelligent Miss Vague, and get wall to wall coverage of hypocrite Thunberg (by the way, she travelled first class on that German train). 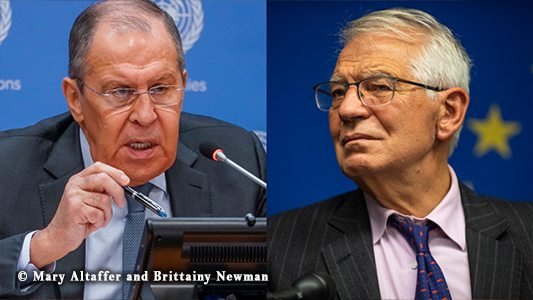 RAEL’S COMMENT: It is clear that Europeans have always considered Africa as their property. 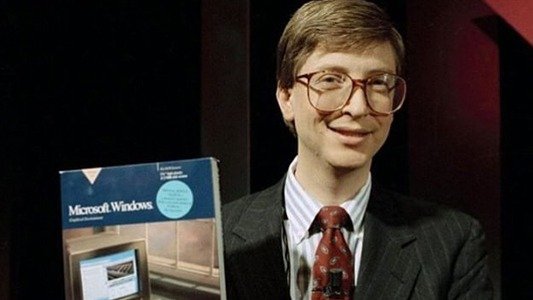 RAEL’S COMMENT: And this is the guy who people trust for vaccinations… 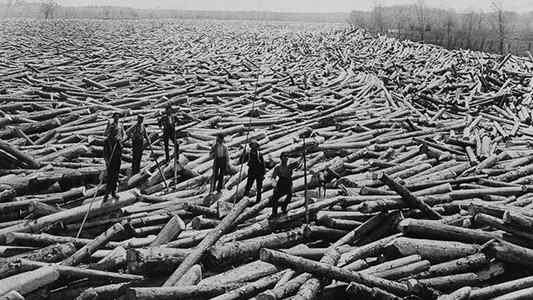 RAEL’S COMMENT: How to devastate a planet with deforestation…