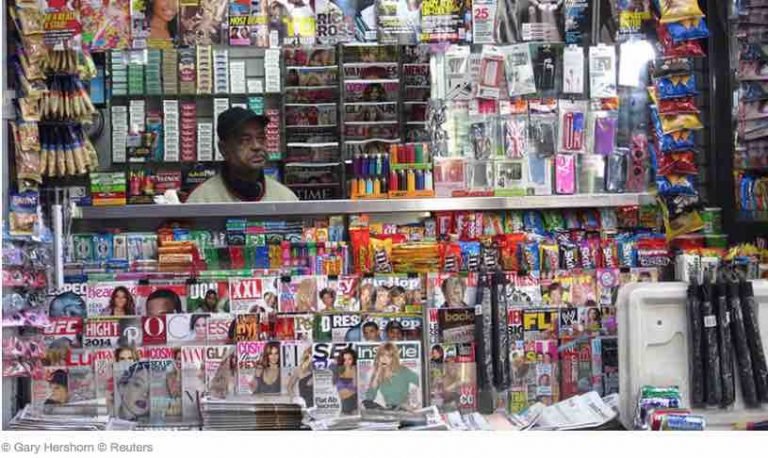 Though digital subscriptions are surging for the largest US newspapers, estimated industry circulation and revenue fell overall, the Pew Research Center found. Americans now read newspapers at levels not seen since 1945, but there’s growth in cable news.

Among the findings are US newspaper circulation, including print and digital, fell 8 percent in 2016 for both weekday and Sunday editions to 35 million and 38 million readers, respectively, the study estimates.

“[T]he lowest levels since 1945,” Pew said, in its annual study on the “state of the news media,” released Thursday.

“Newspapers are a critical part of the American news landscape, but they have been hard hit as more and more Americans consume news digitally,” Pew said. “The industry’s financial fortunes and subscriber base have been in decline since the early 2000s, even as website audience traffic has grown for many. Meanwhile, alt-weekly papers have also seen their circulation drop.”

Pew stated that digital circulation is more difficult to gauge, it estimated trends to be fairly flat, with weekday down 1 percent and Sunday up 1 percent.

“Following last year’s presidential election, some major US newspapers reported a sharp jump in digital subscriptions, giving a boost to their overall circulation totals,” Pew researcher Michael Barthel said in a statement. “The newspaper industry as a whole, however, faced ongoing challenges in 2016.”

The primary reason is that “more and more Americans consume news digitally,” the report explained.

In a commentary on WGBH in 2016, Dan Kennedy, an associate professor of journalism at Northeastern University, said the biggest obstacle for attracting readers is that customers are already paying hundreds of dollars a month for broadband, cell service and their various digital devices.