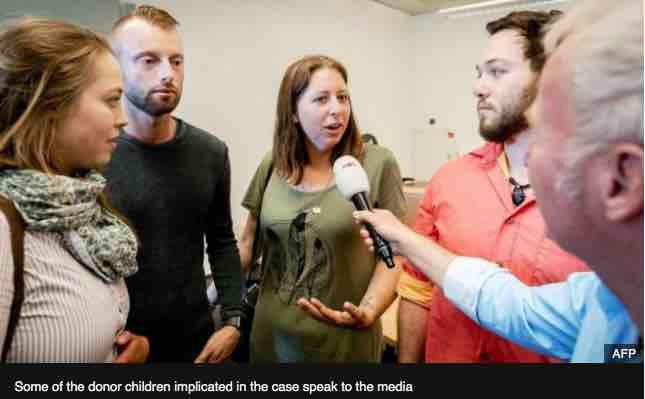 The morning laugh… So what? They wanted sperm from a donor: they got it, what is the problem? They would have preferred random sperm possibly coming from an idiot than the one from a brilliant doctor?

A Dutch court has approved a request by families seeking DNA tests on the belongings of a late fertility clinic doctor accused of using his own sperm in dozens of cases.

Jan Karbaat is suspected of fathering about 60 children at the centre he ran in Bijdorp, near Rotterdam.

Tests will now be conducted on items seized from his home after his death in April, at the age of 89.

A lawyer for his family said there was no evidence to support the claims.

Physical resemblance
Jan Karbaat called himself “a pioneer in the field of fertilisation”.

His clinic was closed in 2009 amid reports that he had allegedly falsified data, analyses and donor descriptions and exceeded the permitted number of six children per donor.

At a court hearing last month, a lawyer for the 22 parents and children said that the suspected cases included a client’s child who had brown eyes when the sperm donor was supposedly blue-eyed and a client’s son who physically resembled the doctor.

‘This is a huge step’ – lawyer representing donor children

The DNA profile will remain sealed until the children can show there is cause to believe he is their father, the BBC’s Anna Holligan, who was at the district court in Rotterdam, reports.

Eventually, if the DNA profile matches, the children, most of them born in the 1980s, hope to sue the doctor, possibly on the grounds that they should not exist, our correspondent adds.

Joey, who believes Jan Karbaat may be his father, told the BBC: “It means everything to me… We hope to get the answers.”

The Karbaat family’s lawyer argued against any DNA tests taking place. While alive, the doctor himself refused such tests.

However, last month, Jan Karbaat’s son donated his DNA for tests, which showed that the doctor could be the father of 19 children, born though IVF, AFP news agency reports.

It is not clear whether the 19 are among those involved in the court case.