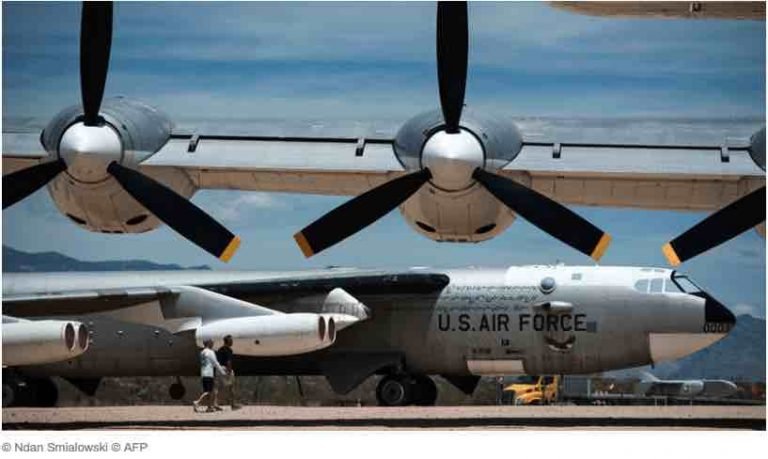 Official confirmation of what I have said for a very long time thanks to Elohim’s information: there is a lot of atomic bombs in Okinawa (around 100) and that makes the island a priority target in case of conflict with China and Russia. All nuclear weapons in Okinawa must be sent back to the USA as well as all troops stationed on its territory.

Japan gave the US official consent to bring nuclear weapons to Okinawa shortly before the 1969 bilateral accord, which led to the occupied island’s 1972 return to Japanese rule, according to a recently declassified US document.

The US memorandum of understanding, dated November 17, 1969, shows that senior Japanese Foreign Ministry official Hiroto Tanaka told White House National Security Adviser Henry Kissinger that “the Japanese have no disagreement with the US” on bringing nuclear weapons to Okinawa on an emergency basis, The Japan Times reported.

Although it is well known that Japan and the US reached a secret deal on nuclear weapons in exchange for Okinawa’s reversion, the declassified document proves for the first time that Tokyo delivered its stance using an official diplomatic channel.

However, the US document shows that talks between Tanaka and Kissinger took place several days after Prime Minister Eisuke Sato and US President Richard Nixon reached their secret deal to allow the introduction of nuclear arms to Okinawa, and just two days before the summit that led to Okinawa’s reversion.

According to the Japan Times, Japanese Foreign Minister Kiichi Aichi and the rest of the ministry had been unaware of the secret deal, and apparently feared a breakdown in the reversion talks. Thus, the ministry found it necessary to make clear that Tokyo was willing to comply with the US demand.

Tanaka said the nuclear issue “was very important for the Japanese, and the success or failure of Sato’s visit would be decided on this question.”

“He, Tanaka, had talked with the Foreign Minister, and was given to understand that the Japanese have no disagreement with the US on matters of substance,” or the nuclear issue, according the declassified US document, which was obtained by Kyodo News at the Richard Nixon Presidential Library and Museum in California.

Tanaka stated that the nuclear issue could not be made public due to strong anti-nuclear sentiment in Japan, and asked the US to accept a joint statement that would make it a subject of prior consultation.

The declassified document also shows that Japan’s leaders officially agreed during the Cold War to violate the three Non-Nuclear Principles set out by Sato in 1967, despite telling the public that nuclear weapons would not be brought into Okinawa prefecture.

The principles, which state that Japan will not possess, produce, or allow nuclear weapons on its territory, have provided the base for Japan’s nuclear arms policy since they were created. They also helped Sato win a Nobel Peace Prize in 1974.

The Okinawa Reversion Agreement between the US and Japan was agreed by the two countries’ leaders in 1969 and signed simultaneously in Washington and Tokyo on June 17, 1971. The island was officially returned to Japan on May 15, 1972, after 27 years under US administrative control.

The United States has maintained a presence in Okinawa following its reversion, with the island currently hosting almost half of all US troops present in Japan. Okinawa’s governor, along with many residents, has long expressed his discontent with the US military presence on the island, taking part in large-scale rallies and protests.