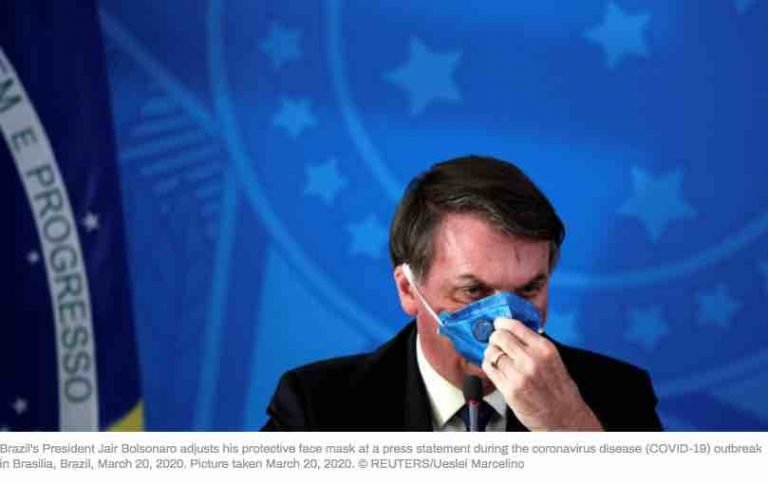 The funny censorship of “social” media becoming in fact a factor of conservatism and politically correct. But thankfully, like any censorship, they are being nullified by people using other media. As long as we keep a diversity of social media censorship will be useless. We just need to fight so there will never be only one controlled by governments.

In an unprecedented move, Twitter has yanked two posts by Brazilian President Jair Bolsonaro, in which he took aim at coronavirus lockdowns as part of his controversial campaign to avoid a shutdown of the economy.

Bolsonaro has become the first ever head of state to have his tweets censored by the platform under recently-updated guidelines, requiring users to remove content that defies “global or local health authorities recommendations” aimed at halting the spread of the deadly disease that has already taken hold in the Latin American country.

The Brazilian leader, who has been adamant that economic damage from lockdowns is a price too high to pay for lowering health risks, made a trip to a street market on Sunday, mingling with crowds and chatting with street vendors.

The videos, posted by Bolsonaro in the wake of the visit, apparently ran afoul of the Twitter guidelines. In one of them, Bolsonaro assures a street seller that he was “not going to die” due to the measures to combat the pandemic.

„What I have been hearing from people is that they want to work,” the president, dubbed dubbed the “Trump of the Tropics,” reportedly said.