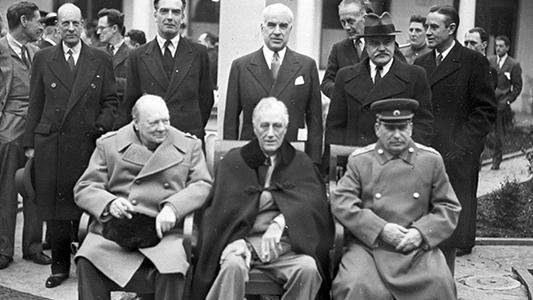 Another «historic» leader with crime against Humanity and terrorism in mind.

A secret memo from the FBI’s archives has revealed that Britain’s Winston Churchill once urged the US to drop an atomic bomb to «wipe out» the Kremlin. He reportedly thought it was the only remedy against the spread of communism to the west.

Churchill, Britain’s prime minister during World War II and again during the Cold War 1950s, made his views known to a visiting American politician in 1947, The Daily Mail reported in a preview of a new book, “When Lions Roar: The Churchills and The Kennedys” by investigative journalist Thomas Maier. The book containing the secret FBI memo is to be published next month.

Britain and the Soviet Union had been allies during WW2. However, according to the memo written by an FBI agent, Churchill asked a Right-wing Republican senator, Styles Bridges, to help persuade then-President Harry Truman to launch a nuclear attack which would make the former USSR easy to deal with.