US admits using toxic depleted uranium against ISIS in Syria 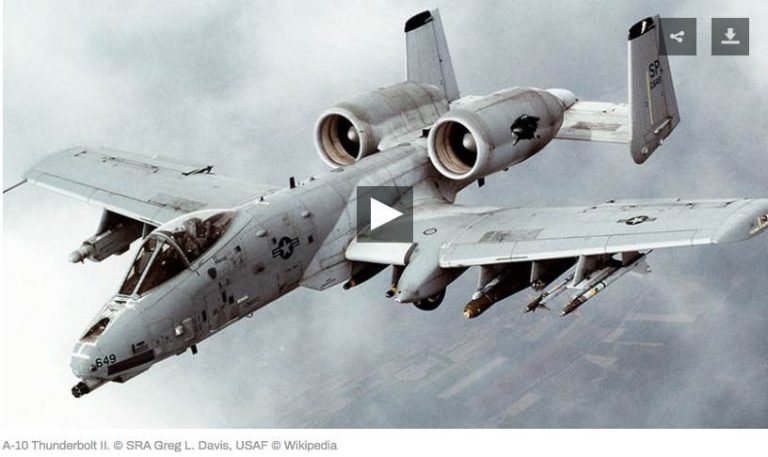 And US war crimes go on…

More than 5,000 rounds of depleted uranium (DU) ammunition were used in two attacks on Islamic State oil tankers in eastern Syria, the US military has confirmed. The US-led coalition previously pledged it would not use the controversial ordnance.

A spokesman for the US Central Command (CENTCOM) told Foreign Policy that 5,265 armor-piercing DU rounds were used in November 2015, during two air raids against Islamic State (IS, formerly ISIS/ISIL) oil tanker convoys in the Deir ez-Zor and Hasakah provinces in eastern Syria.

A-10 ground attack aircraft fired the projectiles from their 30mm rotating cannons, destroying about 350 tanker trucks, according to CENTCOM spokesman Major Josh Jacques.

In March 2015, spokesman for the US-led coalition John Moore had explicitly ruled out the use of the controversial ammunition, saying that “US and coalition aircraft have not been and will not be using depleted uranium munitions in Iraq or Syria during Operation Inherent Resolve.” The Pentagon explained that armor-piercing DU rounds were not necessary because IS did not have the tanks it was designed to penetrate.

Investigative reporter Samuel Oakford first brought up the use of DU ammunition by the coalition in October 2016, when a US Air Force congressional liaison told Representative Martha McSally (R-Arizona) that A-10s flying missions over Syria had fired 6,479 rounds of “combat mix” on two occasions. The officer explained that a fifth of the “combat mix” consisted of high-explosive incendiary (HEI) rounds, while the rest were DU armor-piercers.

The first attack took place on November 16, near Al-Bukamal in the Deir ez-Zor province, with four US planes destroying 46 vehicles. The strike took place entirely in Syrian territory. According to CENTCOM, 1,790 rounds of “combat mix” were used during the strike, including 1,490 rounds of DU.

The second attack, on November 22, destroyed 293 oil tankers in the desert between Deir ez-Zor and Hasakah. On this occasion, the four A-10s fired 4,530 rounds – of which 3,775 were DU armor-piercers.

“The combination of Armored Piercing Incendiary (DU) rounds mixed with HEI rounds was used to ensure a higher probability of destruction of the truck fleet ISIS was using to transport its illicit oil,” Major Jacques told RT.

Depleted uranium is prized by the US military for exceptional toughness, which enables it to pierce heavy tank armor. However, airborne DU particles can contaminate nearby ground and water and pose a significant risk of toxicity, birth defects and cancer when inhaled or ingested by humans or animals.

The coalition’s promise not to use DU munitions in Iraq was made after an estimated one million rounds were used during the 1991 Gulf War and the 2003 invasion. Between Iraq and the Balkans, where they were also used in the 1990s, DU rounds have been blamed on a massive increase in cancer and birth defects.

DU is also the prime suspect in the medical condition dubbed the “Gulf War Syndrome” afflicting US veterans of the 1991 conflict and some peacekeepers deployed in the Balkans.