We had droughts in the past and we are still here. 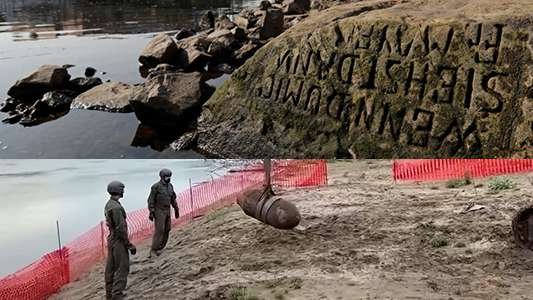 If there are carved inscriptions it is proof that there have been similar droughts in the past…. and we are still here!

In the Elbe, in the Czech Republic, a stone bearing the mention «Wenn du mich siehst, dann weine», that is, «If you see me, cry» is visible this summer. The inscription dates back to the beginning of the 19th century during a famine caused by the eruption of a volcano that disrupted the climate and reduced harvests.

In the north of Italy, the Po River descended so much that it allowed a 450 kg unexploded bomb of the Second World War to appear. Bomb squad must have intervened to take the shell away.