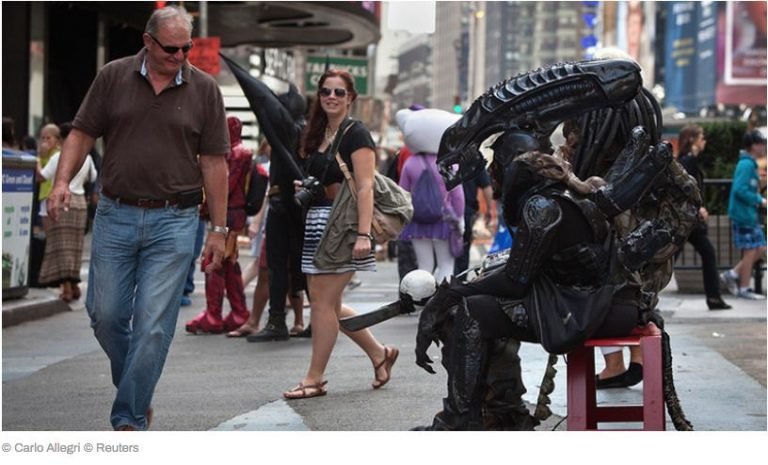 Yes, under Elohim’s protection, the Earth is a “no-fly zone” for any other civilization. Mainly not to interfere with our still too primitive warmonger, racist, and fanatically religious planet.

If the idea really is true that aliens are deliberately preventing humans from contacting them, then extraterrestrial civilizations most likely formed a number of cliques rather than a pan-galactic government, a new study suggests.

The Fermi paradox – named after physicist Enrico Fermi – says that if sentient life is not unique to Earth, then our galaxy should have plenty of other civilizations, including some more technologically advanced than ours. The paradoxical part is that we have not detected any signs of them.

A supposition called ‘the zoo hypothesis’ is one possible solution for this conundrum, and states that alien civilizations are for some reason deliberately keeping humans from detecting any extraterrestrial life.

One problem with this answer is that it would require the galactic community to form a united government to agree on and enforce such an information blockade. In a paper published online this week, astrophysicist Duncan H. Forgan used a model which showed that if there are indeed multiple civilizations in the Milky Way, they are much more likely to form a number of cliques than a single galactic club.

The model accounts for a number of factors, including the time when each civilization advances enough to participate in interstellar communication, the distances between their origin worlds, and the lifetimes of the civilizations.

“We find that for there to be only a single group (a ‘Galactic Club’), the mean civilization lifetime must be extremely long, and the arrival time between civilizations must in fact be relatively short. This is perhaps an unlikely scenario, as it would require a large number of civilizations to emerge across the galaxy in a very short time frame,” the paper said.

The study also found that a single long-lasting civilization arriving early in the galaxy’s history would still be unlikely to knit all civilizations into a united club. But if all civilizations arrived relatively uniformly and lasted much longer than a million years, then such a club could exist.

A more likely scenario however is that there are multiple conflicting cliques of civilizations that cannot agree on a universal policy.

“One clique attempting to place an interdict on contacting ‘primitive’ civilizations is likely to encounter significant problems if another clique disagrees,” Forgan said.

“It may well still be the case that the Earth resides in a region of space occupied by a conservative clique bent on non-contact,” the paper added. “However, as our ability to detect unintentional signals from both living and dead civilizations increases, we should presumably be able to break the deadlock imposed in this scenario.”

The paper was published on the pre-print website arXiv.org.