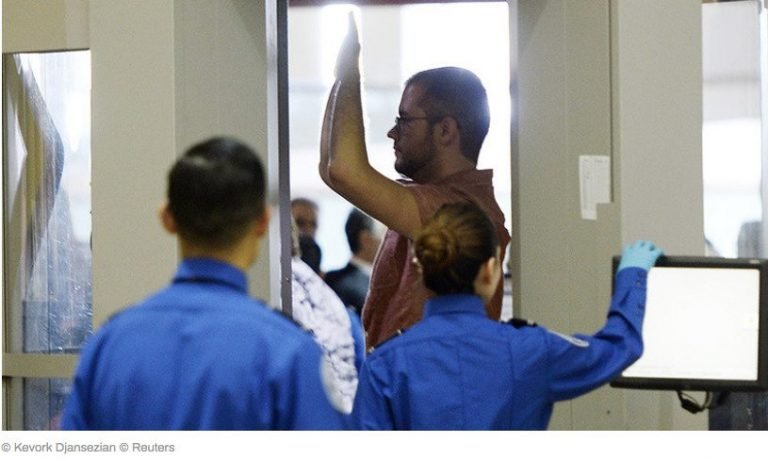 TSA agents in Phoenix, Arizona, have heroically prevented a pre-teen with heart defects from going through security. Chille Bergstrom, 9, requires a pacemaker and has to forgo traditional metal detectors which, according to the TSA, were unacceptable.

The Transportation Security Administration’s website says: “You should not be screened by a walk-through metal detector if you have an internal medical device such as a pacemaker.” Yet on Saturday, 9-year-old Chille Bergstrom was refused the alternative screening he usually receives, and instead was subjected to an arduous exemption screening that involved four police officers, KMSP reported.

His mother, Ali Bergstrom, explained to KMSP that the family makes sure to arrive at airports early and travels with TSA documentation that supports his need for alternative screening.

But apparently the TSA agents at Phoenix Sky Harbor Airport didn’t get the memo from either the TSA or the American Heart Association. They demanded Chille receive either standard screening or exempt screening.

Chille was born with Goldenhar Syndrome, a rare congenital disease that often involves heart defects. As a result, Chille has currently undergone 15 open-heart surgeries. Despite needing a pacemaker, Bergstrom’s family had never experienced any issues with the TSA prior to Saturday.

“We were told immediately by the TSA that he was not allowed to be screened alternatively and instead would need an exemption,” Bergstrom told KMSP. Instead of receiving his normal, two-minute long screening, the Bergstrom family experienced an hour-long ordeal when they went through the exemption process.

“[I was] shocked beyond belief. In walks the head of the Department of Homeland Security for the entire airport, followed by other supervisors, and managers with ten other people from TSA,” she said. Chille added that there were four police officers, “With everything, guns, Tasers, all that.”

Bergstrom explained that she questioned the usefulness of the hoopla.

“One of the TSA agents told me they’d prevented terrorist attacks using 9-year-old boys with pacemakers and children before, so I laughed and said, ‘Oh when?’ At that point, the TSA agent became very quiet and said, ‘Oh we’re not at liberty to discuss this’,” she told KMSP.

An hour later, they learned that Chille would not be flying on Saturday.

Bergstrom claims that her son has never experienced this kind of treatment. “Usually, they are friendly, they smile, they give him a sticker, a TSA sticker,” she said.

In fact, Chille dreams of one day being a pilot. “He likes to watch the planes take off and land, talk to all the pilots hanging around,” Bergstrom said.

But instead of talking to pilots, the Bergstrom family was grounded.

“The TSA is committed to ensuring all travelers are treated with respect and courtesy,” agency spokesman Nico Melendez said in a statement. “The TSA is reviewing Saturday’s incident and working to contact the family.” Bergstrom is still waiting, however.