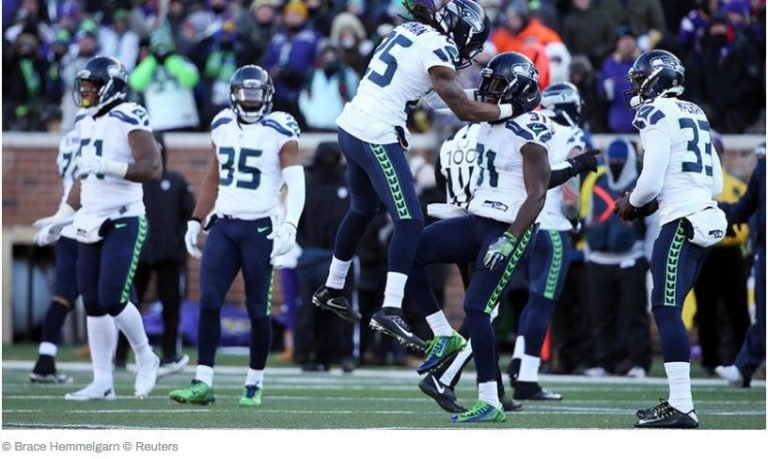 At least some members of the American football franchise plan to follow the example of Colin Kaepernick and stage a protest against police brutality during the national anthem, at the upcoming Week 1 game in Seattle.

Wagner did not specify what form the protest would take, saying only that “whatever we decide to do will be a big surprise.”

San Francisco 49ers quarterback Colin Kaepernick kickstarted a movement among athletes when he sat down during the national anthem during a preseason game last month, later explaining that he was “not going to stand up to show pride in a flag for a country that oppresses black people and people of color.” Kaepernick says that he plans to continue with the protest for the foreseeable future.

Seahawks cornerback Jeremy Lane has followed his example, and receiver Doug Baldwin said that players discussed becoming part of the protests in the locker room, but he wanted to “get all of [his] ducks in a row” before taking a decision that is bound to become a magnet for controversy.

The previous protests, one of which was carried out by white female soccer player Megan Rapinoe, have been dismissed as inflammatory and unpatriotic, and the accusations are bound to be even more intense on Sunday, September 11, when the country will be commemorating the 15th anniversary of the terrorist attacks that resulted in the deaths of nearly 3,000 Americans.

“So it’s going to be a special day, a very significant day, but at the same time I am looking forward to the may changes and differences, the changes we can make in this country to make better changes in our country.”