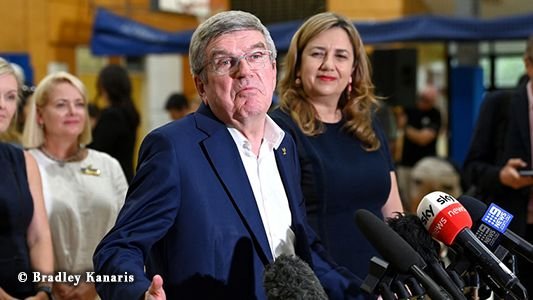 Following this logic, Israeli athletes should also be banned in order to “protect them” from anti-Israel feelings of other people. A great way to hide antisemitism…

International Olympic Committee (IOC) president Thomas Bach has claimed sanctions were imposed on Russian sport partly for the good of its athletes, while cautioning any Russian stars against supporting their country’s military campaign in Ukraine.

Speaking at an IOC session in Switzerland on Friday, Bach repeated the refrain that the IOC had been forced to recommend a ban on Russian and Belarusian athletes from all international competitions because Moscow “blatantly violated the Olympic Truce.”

In sidelining Russian and Belarusian sport, Bach claimed the reasoning had been “twofold” – including for the safety of athletes from the two nations.

“Our actions are twofold: sanctions on the one hand and protective measures on the other…,” said Bach.