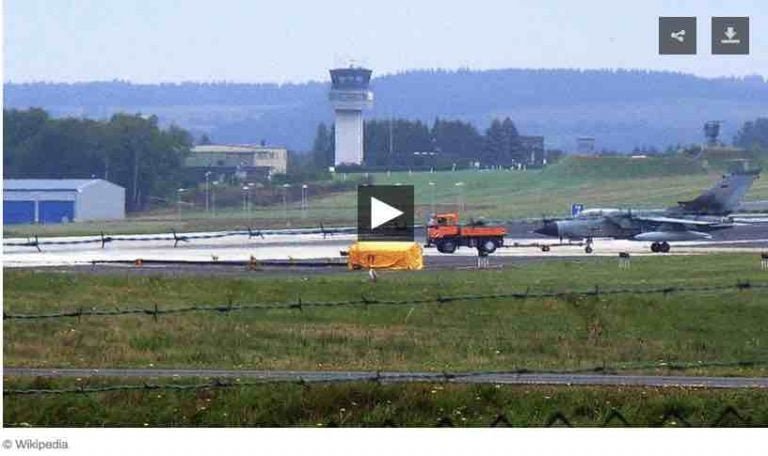 Wonderful! And all countries should do the same, especially Japan!

Germany’s top diplomat has backed the suggestion of Social Democrat (SPD) leader and Chancellor hopeful Martin Schulz, who has pledged to rid his country of US nukes. Washington, meanwhile, is pressing ahead to modernize its nuclear stockpile.

Sigmar Gabriel’s remarks came at the end of his official visit to the US Wednesday.

“Certainly, I am convinced that it is important to finally talk again about the arms control and disarmament,” Gabriel told the DPA news agency, as quoted by the Frankfurter Allgemeine Zeitung newspaper.

“That’s why I think that Martin Schulz’s words that in the end we need to get rid of the nuclear weapons in our country, are right.”

Last week, Schulz, the SDP candidate for Chancellor, pledged to get rid of the US nukes if elected.

“As German Chancellor… I will champion for the withdrawal of the nuclear weapons stationed in Germany,” Schulz said in Trier addressing a campaign rally. “Trump wants nuclear armament. We reject it.”

There are some 20 US B61 nukes stored at the Buechel Air Base in Germany, according to estimates by the Federation of American Scientists (FAS).

The issue of US nuclear weapons storage on German soil has been raised by top officials in the past. In 2009, then-German Foreign Minister Frank-Walter Steinmeier said the B61 stockpile in Germany was a “military obsolete” and urged the US to remove the weapons.

“American nuclear weapons in Germany are relics of the Cold War, for a long time they do not serve the implementation of any practical tasks and are subject to being thrown down the dustbin of history,” Sergey Nechayev, chief of the Russian foreign ministry’s department responsible for relations with Germany said in December 2016.

The US, meanwhile, is upgrading its B61 bombs, some 200 of which are stored in Europe. The non-nuclear assembly of the new B61-12 modification was successfully tested for the second time earlier this month.

It is expected to have significantly expanded capabilities, which might raise the likelihood of it being unleashed, according to politicians and military experts. Earlier this year, President Donald Trump proposed a $1 trillion program to modernize America’s nuclear arsenal, claiming the US had “fallen behind on nuclear weapon capacity.”

Earlier in August, Gabriel attacked Chancellor Angela Merkel and her ruling party for following the “dictate” of Trump and wanting to “double Germany’s military spending.”

In March, the German Chancellor promised to do her best to increase spending on NATO, following Trump’s demand for member states to spend their “fair share” of 2 percent GDP on defense.

“As opposed to the times of the East-West confrontation, those conflicts and wars are far more difficult to foresee and manage,” Gabriel wrote in an op-ed for the Rheinische Post newspaper. “The question is: how do we respond? The answer by US President Donald Trump is to arm.”

“We have to spend more than €70 billion on arms per year upon Trump’s and Merkel’s will,” Gabriel wrote, adding that it would not improve the situation anywhere. “Every German soldier who is deployed overseas tells us that there’s no security and stability that can be reached through weapons or military force.”