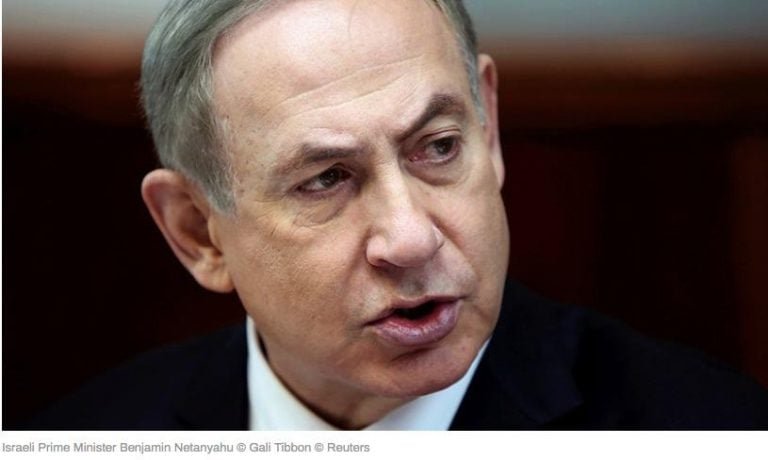 So, when Iraq doesn’t follow the decision of the UN Security Council, there is military intervention against a “rogue state” … but when Israel says the same, nothing happens to protect the Palestinians? Double standard? A “rogue state” is a rogue state and Israel is the worst.

Israel will not abide by the UN Security Council’s demands for Tel Aviv to halt its settlement activities in the occupied Palestinian lands, the office of Prime Minister Benjamin Netanyahu said in a statement.

“Israel rejects this shameful anti-Israel resolution at the UN and will not abide by its terms,” the statement from the PM’s office said, according to Reuters.

The Obama administration “failed to protect Israel against this gang-up at the UN,” and what is even worse, “colluded with it behind the scenes,” the statement added.

In order to “negate the harmful effects of this absurd resolution,” Israel is looking forward to working with President-elect Trump and with “all our friends in Congress, Republicans and Democrats alike.”

Israel’s ambassadors to New Zealand and Senegal – countries who along with Malaysia and Venezuela tabled the draft resolution – were immediately ordered to return to Tel Aviv for consultations.

Earlier, the Israeli ambassador to the council, Danny Danon slammed the vote as a “victory for terror, a victory for hatred and violence.”

“Who gave you the right to issue such a decree, denying our eternal rights in Jerusalem?” he added.

The UN Security Council resolution, demanding an end to the construction of Israeli settlements on occupied Palestinian territories, was adopted with 14 of 15 UNSC members voting in favor. The US was the only nation to abstain from voting.

The US defended its abstention from Israeli criticism by stating that one “cannot champion settlements and the two state solution” at the same time. The US Ambassador to the UN, Samantha Power, said the US did not veto the resolution as it “reflects the facts on the ground and is consistent with US policy.”

The main US pro-Israel lobby group, AIPAC, said it was “deeply disturbed” by the Obama administration’s reluctance to use its veto in what it described as a “destructive, one-sided, anti-Israel resolution.”