People in the parks in Brussels this Sunday: “Impossible to fine all those who did not respect the measures” 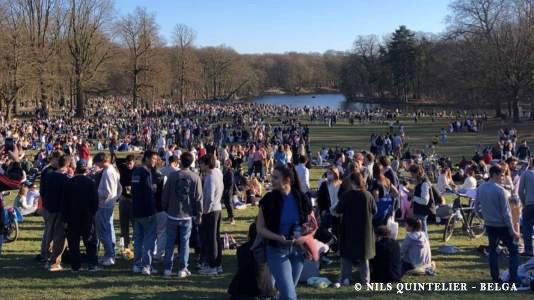 “Observation: many people without a mask. The police are watching but cannot be everywhere despite the deployment of additional patrols,” said Ilse Van de Keere, spokesperson for the Brussels-Capital / Ixelles police. “Common sense and dialogue are our guidelines. It was impossible to verbalize all those who did not respect the measures.”