Melbourne cops may now enter homes without warrant, after 11 people die of Covid – Australia, this is madness, not democracy 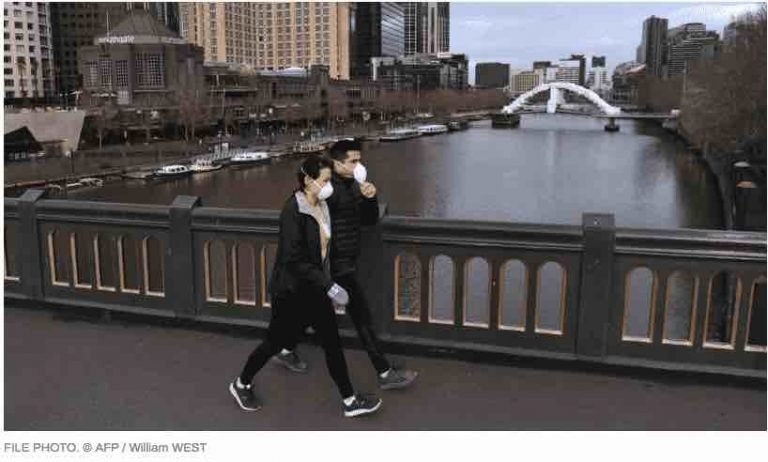 “This is an astonishing violation of civil liberties.”

Australia’s second-largest city is now subjected to some of the most extraordinary Covid-19 lockdown measures on the planet, and all over an additional eleven deaths.

A total of 147 people have lost their lives to coronavirus in Victoria, making it undoubtedly the worst hit area of Australia, which has only experienced 232 deaths in total. However, internationally these are vanishingly small numbers, even adjusting for population.

Recently the Victoria government ramped up testing and, predictably, it has seen an uptick in cases. They discovered 671 new cases of coronavirus on Sunday and, sadly, eleven more people were found to have died with the illness. That’s up from 295 new cases last Wednesday, but down from 723 on Friday.

This uptick prompted Andrews to impose the kind of restrictions on the lives of five million people in Melbourne that would have looked harsh in 1950s East Berlin. Desperate Dan’s authoritarian greatest hits include:

A six-week curfew from 8pm to 5am across the entire Melbourne metro area, with the only exceptions being work, medical care and caregiving

Outside those curfew hours the only reasons to leave your home are: shopping for food and essential items, care and caregiving, daily exercise and work.

Daily exercise can only take place within a 5km radius of your home, cannot last longer than an hour and can’t be with more than one other person.

Masks are compulsory when outdoors, across the entire state.

All these measures are extraordinary, but the piece de resistance has to be that now police officers can enter homes with neither a warrant nor permission. This is an astonishing violation of civil liberties. Police officers should not be allowed to demand entry to a property without cause or due process. They especially shouldn’t be allowed on “public health” grounds when the median age of Australians who have died from or with Covid-19 is exactly the same as the nation’s average life expectancy – 82 years old.

The reason the police now have these draconian powers is that the situation in Melbourne has been upgraded from a “state of emergency” to a “state of disaster.” The last time a state of disaster was declared in Victoria was in January of this year, when a huge swathe of it was literally on fire. How can a 1.2 million-hectare bushfire that destroyed at least 200 homes warrant the same alert level as the admittedly upsetting deaths of eleven care home residents, all of whom were over 70 and one over 100? Deaths of this kind are undoubtedly tragic for the friends and families of the deceased, but are not normally cause for government action, let alone the effective house arrest of an entire city.