‘North Korea’s true crime? It’s not completely dominated by the US’ 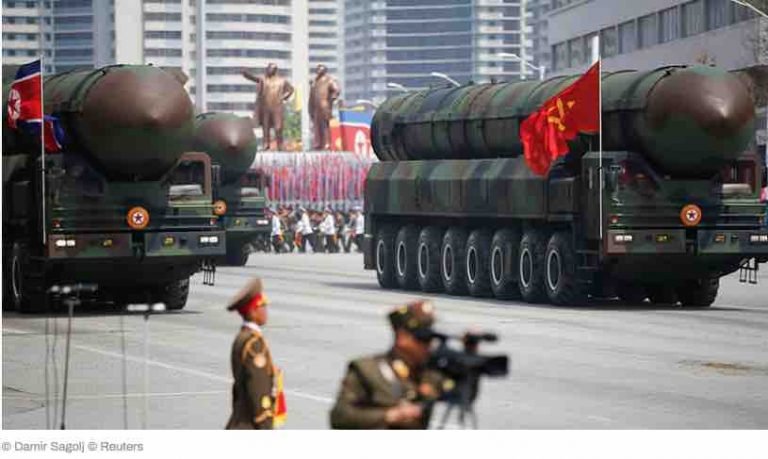 There’s a plan in place with every US presidency to topple the government in North Korea because – like Syria – it’s not completely dominated and recolonized by Washington, says Daniel Shaw, a public affairs expert and professor at the City University of New York.

Donald Trump recently opened up about the difficult decisions he’s had to make since taking office.

In an interview with CBS News, Trump shared why his decision to strike Syria last month gave him pause for thought.

RT: After the show of force in Syria and aggressive moves in the Korean Peninsula, Trump’s suddenly admitting he had fears about killing the wrong people. Is he trying to show a softer side to his presidency, to himself as a person?

Daniel Shaw: A broken clock is right twice a day, to use the old saying. It’s certainly strange to hear a US president to feign concern or to fake concern for the lives of Syrians or the Arab world, or the Middle East after the successive presidencies of Bush senior, Clinton, Obama and Bush junior attacked without restraint Iraq, Afghanistan, the war against Yemen and Libya. So, it certainly did sound strange for Trump to have the candid moment where he admitted just how many civilians have been affected by US bombing and interventions.

RT: With the North Korean threat taking center stage in the media, Donald Trump gave a vague answer on the possibility of taking military action, saying just “We’ll see.” Is there a plan in place or will comments like this give him more time to develop one?

DS: Trump has the same plan that has been in place with every US presidency to topple the government in the DPRK or North Korea. North Korea’s true crime – like the true crime of Syria – is that it’s not completely dominated and recolonized by the US. That has nothing to do with human rights violations or nuclear weapons; that’s just a convenient excuse. They’ll stop at nothing; they’re threatening, in the words of Pope Francis, half of humanity with another potential war. And the US media is playing a predictable role, really preparing the American public for another war, trying to paint the North Koreans as though they are the aggressors, but who could ever believe this? Who has North Korea ever attacked? In fact, it was the Korean Peninsula themselves that lost about 4 million to 5 million lives from 1950 to 1953 with the US war of aggression against Korea. We know who the victims have historically been.

RT: Do you think the US is really ready to strike North Korea while being aware it’s going to retaliate?

DS: That’s what has kept the US at bay so far. The North Koreans have sent a signal that they’re not going to go the way of Iraq, Afghanistan, the way Syria seems to be heading. Like the Iranians, they have stood up and said, “What is good for the goose is good for the gander.” If the imperialist club can have a monopoly on nuclear weapons, why don’t we have the right to defend ourselves? And the Koreans have said that if necessary, they will launch a counter-attack which could immediately eviscerate US military bases in Japan and in South Korea. And I think the Koreans have proven to be very intelligent and courageous up to this point for taking that stance.