The real utopia: This ancient civilisation thrived without war 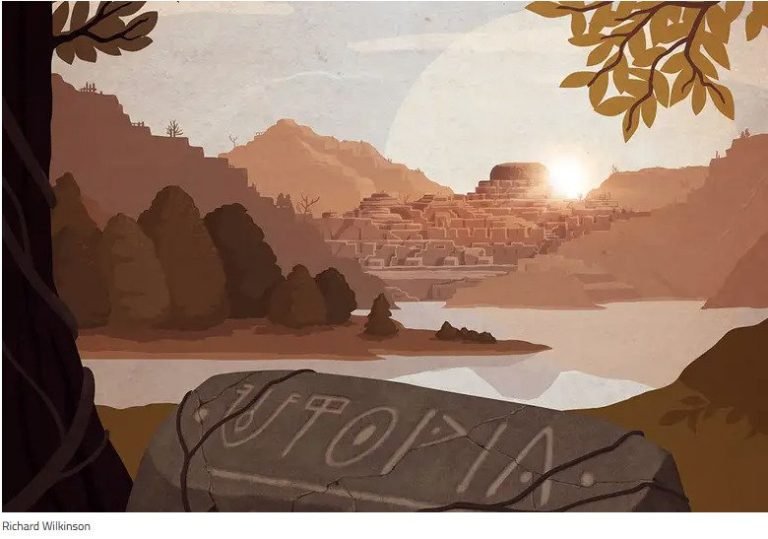 A model for all the world!

The Indus civilisation seems to have flourished for 700 years without armour, weapons, inequality or royalty. Here’s how to build a paradise on Earth

PICTURE a peace-loving Atlantic island ruled by reason. Its 54 cities are governed by educated officials and an elected-for-life prince. Although war hasn’t been abolished, it is used only as a last resort. People see no glory in fighting, and capture enemies rather than kill them. This is the original Utopia – the pagan, communist and pacifist world sketched out exactly 500 years ago in Thomas More’s eponymous work of fiction.

More’s book has exerted a powerful pull on our imaginations – not least through utopian science fiction. But in a world of autocracy, fanaticism and terrorism, it seems as far from reality as ever. Indeed, arguments still rage about his true intention. His title, derived from the ancient Greek ou-topos – meaning “no place” – is a pun on eu-topos, “good place”. Was More proposing a blueprint of an ideal society or satirising the self-interest, greed and military exploits of the hereditary monarchies of his time?

On one thing nearly everyone agrees: no utopia has ever existed. Large human societies tend to be governed by coercion. The instinct for warfare has been a driving force in nearly every civilisation of the last five millennia, from ancient Mesopotamia to the British Empire.

Or has it? One mysterious, ancient society might give the lie to that. The civilisation of the Indus valley is the most enigmatic of the four great early civilisations. But while Mesopotamia, ancient Egypt and ancient China gloried in warfare, it seems absent from the Indus valley. Was this a real, functioning utopia? If so, how did it survive, and why did it eventually disappear?

The Indus civilisation flourished from about 2600 to 1900 BC. More than a thousand settlements have been found covering at least 800,000 square kilometres of what is now Pakistan, India and Afghanistan (see map), yet its remains were only discovered in the 1920s. It is now regarded as the beginning of Indian civilisation and possibly the origin of Hinduism.

All signs point to a prosperous and advanced society – one of history’s greatest. It had a vigorous maritime export trade via the Arabian Sea, and archaeologists have found objects made in the Indus valley in Mesopotamian cities such as Ur and Akkad. The two largest Indus cities, Harappa and Mohenjo-daro, boasted street planning and sewage worthy of modern times, including the world’s earliest known toilets and an impressive brick water tank known as the Great Bath.

Indus craftsmen created complex stone weights for commerce and long, precision-drilled carnelian beads for jewellery. Thousands of small sealstones have also been found; worn around the neck, merchants would have used them to stamp their identity on clay tags. Each one is carved with an exquisite but mysterious script, which has provoked more than a hundred published attempts to decipher its language – with little consensus.