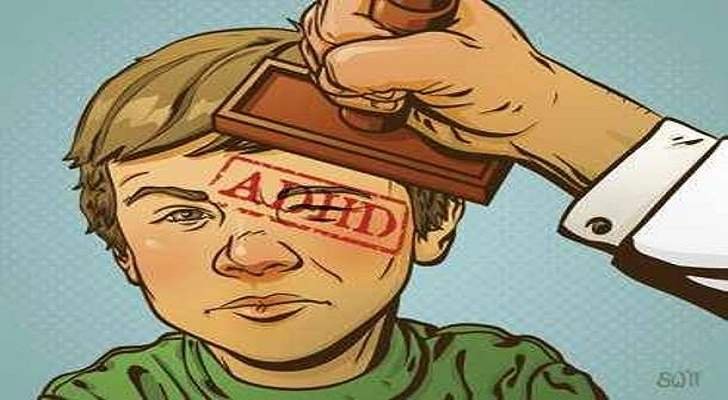 There is no such thing as ADHD. It’s all about the normalization and formatting of the people. And this article doesn’t address the real problem: that all school teachings and programs are boring! Let the kids choose what they wish to learn like in Finland! I for sure would have been diagnosed with ADHD as I was writing poems during mathematics classes…

ADHD, or Attention Deficit Hyperactivity Disorder, is ubiquitous in the American classroom, there’s little debate about that. According to CDC statistics from 2012, 11 percent of children between the ages of four and 17 had been diagnosed with ADHD at some point. With over six million kids diagnosed, it’s hard not to wonder: Is this condition even a real problem?

Sure, some kids struggle to pay attention during school — but does that signify an actual problem with the child? Perhaps it’s more indicative of a society that simply doesn’t allow children to be children anymore. If you’ve ever found that the notion that children who’d rather play outside than sit at a desk are “broken” and need medication was a bit hard to digest, you may be right.

Writing for The Daily Bell, Joe Jarvis explains that there is proof that ADHD is nothing more than a fake disease. As Jarvis notes, two states with some of the highest incidences of ADHD are Arkansas and Kentucky.

These states are also home to a lot of children who enjoy hunting and fishing. Jarvis reports that census data from Arkansas shows 89 percent of kids fish and 35 percent hunt. Similar survey data shows that in Kentucky, 86 percent fish and 31 percent hunt. “These were the closest indicators I could think of that Kentucky and Arkansas children are more interested in being outside and active than cooped up in a classroom,” he contends.

Jarvis further notes that in states with the lowest incidences of ADHD, children seem to be far less interested in the great outdoors: In New Jersey, only 45 percent of kids go fishing. While not exactly evidence of a cause-and-effect relationship, it certainly raises questions about the way we look at kids who have trouble focusing in the classroom. Jarvis posits that the data he’s collected “suggests that the states with the highest instances of ADHD diagnosis are also states where the traditional values of public education are least aligned with the population.”

The validity of the ADHD diagnosis has been questioned for years now; many people wonder if it’s more of a behavioral issue than an actual cognitive deficit. But maybe it’s neither; maybe children should just be allowed to be children — without being drugged.

As Jarvis notes, many of the stats on ADHD are laughable. For example, boys are three times more likely to get an ADHD diagnosis than girls. Children from unstable home environments are also at a higher risk of being diagnosed with this so-called illness. These are the “facts” that allow the pharmaceutical industry unbridled access to drugging up little kids?

Even if you want to go so far as to say that ADHD is a behavioral issue and not a true cognitive problem, why choose potentially dangerous drugs over a more natural approach? There are many options to help kids who struggle in classrooms that do not involve prescription medication. For example, changing your child’s diet, providing them with more opportunities to exercise and ensuring they get enough sleep are all essential ways you can help your child be their best in the classroom.

In a world where kids (and adults) are spending less time outside and more time eating junk foods, its really no surprise better nutrition and a more active lifestyle could be simple fixes to many of our modern problems.