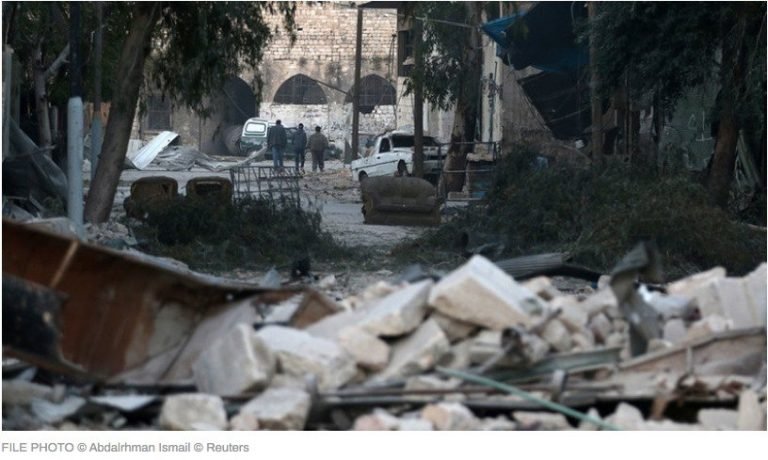 The end of the US policy of destruction and rebuilding contracts for their companies.

“The issue on the table was how to strengthen Russian economic interests here for a long time. It means the potential participation in major projects aimed at restoring the Syrian economy, as well as energy sector, ports, and other large-scale infrastructure projects,” Rogozin said, as cited by TASS.

During his visit, the Russian deputy prime minister also met with the Syrian President Bashar Assad, who guaranteed Damascus would create the most favorable conditions for Syria-based Russian projects, as cited by RIA Novosti.

It comes in the wake of an agreement on a free trade zone related to agricultural products between the two countries.

According to Syrian Prime Minister Wael al-Halqi, Moscow and Damascus have already signed almost a billion dollars’ worth of deals to develop energy, trade, finance, and other sectors of the war-torn economy.

More precisely, Syria suggested that Russia explore and develop oil and gas, both inland and offshore. The two sides are also negotiating a joint bank to make transactions easier: the structure will be controlled by the two countries’ central banks.

Negotiations and deals related to rebuilding Syrian infrastructure have been going on for about two years: in April, Syria and Russia signed agreements worth 850 million euros ($904 million) in all, the Syrian premier al-Halqi told RIA Novosti back then.

“Over 60 percent of the stations don’t work and need fuel to start functioning. However, despite what Syria has been through, the country has managed to keep its infrastructure. The network connecting the north, from al-Qamishli, and the south, to Deraa – electricity is still provided,” he said.

Nevertheless, the prime minister emphasized there are still problems, because “producing the electricity relies on fuel, and the oil sector was targeted by the terrorists even more than the electrical energy sector.”

Also this spring, the Syrian leadership offered Russia the reconstruction project for Palmyra, according to Russian senator Dmitry Sablin, who toured Syria.