Do vegetarians live longer? Don’t count on it! 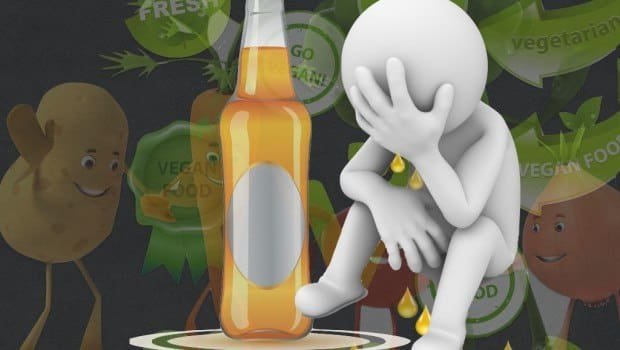 Yes! Okinawa has one of the highest percentages of centenarians in the world and they eat a lot of pork!

Comedian Myq Kaplan thinks his vegan diet will help him live long and well.  Although very little science supports that thought, Kaplan has identified a valid reason why it might just work. As he quipped on Conan, “I read a statistic that says vegetarians live an average of seven years longer.  Vegans up to 15 years longer because we are not invited anywhere fun or dangerous. We sit at home alone crying and drinking, being careful not to cry into the drink because tears are the product of animal suffering.

Few vegans have Kaplan’s naughty sense of humor, but many declare they’ll live seven, nine or even fifteen more years and share tales of spry centenarians thriving on plant-based diet  In reality, the Hunza and Vilcabambans consume some meat and raw dairy, and the Okinawans eat far more pork than soy. What’s more, there’s no anthropological evidence of healthy, happy fruitarians sunning in gardens of eden prior to the hunter gatherer eras.   Indeed, leading anthropologists present convincing evidence that meat helped us evolve from big bellied, tiny-brained primates to big-brained humans able to leave all-day “grazing” behind and spend the time developing civilization.  In other words, eating animal products made us human.

The latest study to debunk the vegan longevity myth comes out of Graz, Austria. Using data from the Austrian Health Interview Series, researchers from the Institute for Social Medicine and Epidemiology compared omnivores with vegans, ovo-lacto vegetarians and pesco-vegetarians (near vegetarians who consumed some fish, eggs and/or milk) of similar sex, age and socio-economic status.  They found the vegetarians suffered from more chronic conditions including allergies, asthma, anxiety, depression, diabetes, migraines, osteoporosis, heart disease and cancer.   They had more doctors visits, a higher need for health care, dimmer assessments of their own health, and poorer social relationships.    While the researchers did not report they were home crying because they “weren’t invited anywhere fun or dangerous,” they found vegetarian drinking was less likely to involve alcohol.

The Austrian Health Interview Survey was carried out over the course of a year from March 2006 to February 2007 and involved face-to-face interviews with 15,474 individuals aged 15 years and older.  Just 2.2% percent of the interviewees fell into the “vegetarian” category, which was broken down into vegans (0.2%), ovo-lacto vegetarians (0.8%) and semi vegetarians who ate fish and/or eggs and milk (1.2%).  The breakdown among the meat eaters was:  48.5 percent on a “normal” mixed diet; 23.6% eating moderate amounts of meat with plenty of fruit and veggies (in what many analysts have described as a “Mediterranean Diet”); and  25.7 percent called “big meat eaters” or carnivores.

Because the vegan, vegetarian and semi vegetarian diet groups included a total of only 343 people, the researchers chose to analyze them as one “vegetarian” group.  For study purposes, each of the vegetarians was matched with a meat eater of similar age, sex and social background. The results came out in February, and given that most people believe vegetarians are healthier than the rest of us, the unexpected news made headlines.

As a long-time skeptic of vegetarian health promises, I admit I’m glad to finally be seeing a few headlines warning about the dangers of such diets.  But it’s nonetheless important to point out the obvious limitations to this study.   Some basic questions we need to ask are:

Were people with a history of stress and mental health issues more likely to adopt vegetarian diets or did the vegetarian diets contribute to their stress?  Once again it goes both ways, with especially strong links between veganism, anorexia and other eating disorders.

Were  the extra doctor visits the result of chronic conditions that preceded the diet? Or did the special diets contribute to or even cause those conditions?   Again, not either/or but both.

What were the people actually eating?  Real food, whole food, organic?  Processed, packaged and fast foods?    There are junk food versions of both omnivorous and vegetarian diets after all.  And given that the survey was “self reported,” how truthfully did people respond?

How relevant are the results of  a dietary study conducted in Austria to people in the U.S. and other countries?   Having traveled extensively in Austria — including time in Graz as well as the usual Vienna and Salzburg—  I can report that the standard food choices there are significantly healthier than in the USA.  But that’s purely my subjective, anecdotal opinion!

As epidemiologist and lead researcher Nathalie Burkert readily conceded, we cannot conclude cause and effect from this study and more studies are urgently needed.  More interestingly, the University of Graz press release states, “It’s more about an ideological message that suggests false promises.”  Or as I would say far more bluntly to my vegetarian friends,  “Don’t be so certain your plant-based diet is going to work for you.”