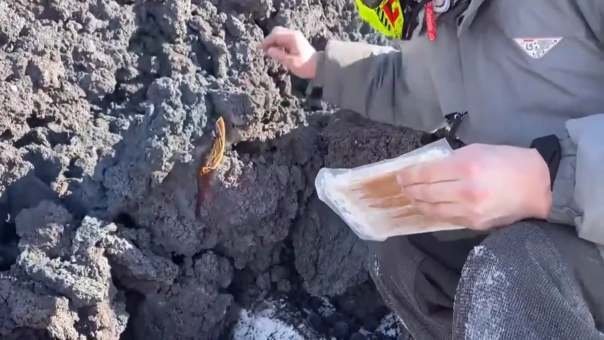 Yes ! That’s how to deal with fear : cooking sausages on lava !

A group of daring Russian hikers has gone viral after climbing up an active volcano in the Far Eastern region of Kamchatka. The daredevils went up to the volcano’s rim and looked inside, before cooking sausages on cooling lava.

According to Alexandra Goniaeva, a member of the group climbing the mountain, they walked up the volcano as the lava was cooling, and still glowing in some spots. The night before, they went up to the rim of the crater and looked directly into the volcano.