Obama can fight ISIS without bombs 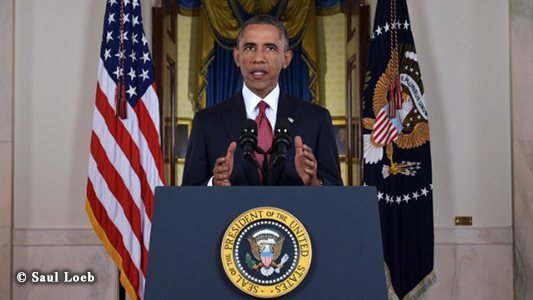 Wow, something is changing : a mainstream brainwashing media giving voice to non violence.

Pro-military hawks must be pleased with President Obama’s speech on Wednesday night about attacking ISIS. We’re sure to hear many of them — the same voices that have been hounding the President to take military action in the first place — call for more extensive strikes and even American troops on the ground.

What we won’t hear enough of are the voices of the opposition — those who argue that military action will not get rid of ISIS but make the situation worse in Iraq and Syria. There are strong reasons why many analysts think fighting ISIS is the wrong course of action, and that there are more effective alternatives. For one thing, the United States can pursue diplomatic and political solutions instead..