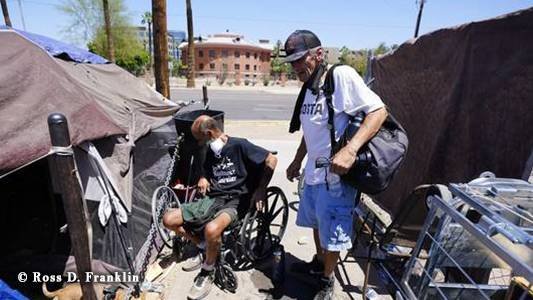 In Bullhead City, Arizona, feeding those living on the streets without a permit is punishable by a jail term
An Arizona woman sued her city on Tuesday over a law that punishes feeding the homeless in public parks with a four-month prison sentence. The 78-year-old was arrested under the law for distributing food from a van.

Norma Thornton was brought to court in April, a month after she was ticketed for feeding homeless people in Bullhead Community Park without a permit. She was the first person punished under an ordinance passed by the city’s council a year earlier with the goal of deterring the homeless from congregating in parks.

While charges against Thornton were dropped, she filed a lawsuit on Tuesday and is seeking an injunction to stop the city enforcing the ordinance.