‘Too broken to fix’: Civil rights groups seek to decriminalize possession of drugs for personal use 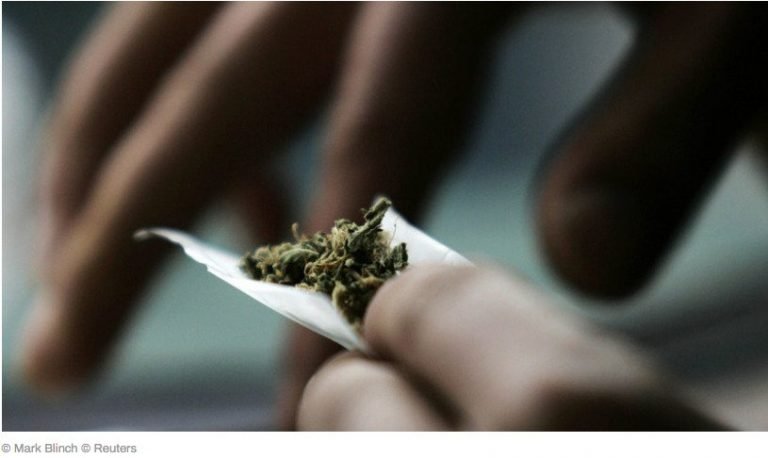 It should be everybody’s freedom to possess any kind of drug for their personal use. Even the inquisition SS-style custom US personnel should not have the right to ask if you have a prescription for any medicine you carry.

Civil rights groups call on the US government to decriminalize the possession of small amounts of illicit drugs as arrests skyrocketed to 1.25 million last year. Convictions have long-lasting consequences and disproportionately targets minorities.

“Every 25 seconds in the United States, someone is arrested for the simple act of possessing drugs for their personal use,” stated the report titled “Every 25 Seconds: The Human toll of criminalizing drug use in the United States” authored by Human Rights Watch and the American Civil Liberties Union (ACLU). “Around the country police make more arrests for drug possession than for any other crime. More than one of every nine arrests by state law enforcement is for drug possession, amounting to more than 1.25 million arrests each year.”

The report focused on four states, Texas, Louisiana, Florida and New York, drawing on 365 interviews with people arrested, their attorneys, officials, activists and family members. Researcher found on any given day at least 137,000 men and women are behind bars for drug possession, some 48,000 in state prisons and 89,000 in jails, and each day tens of thousands or more are convicted.

“When it comes to drug use, the US criminal justice system is too broken to fix,” said Human Rights Watch.

The report found that injustice and harm occurred at every stage of the criminal process from interactions with law enforcement, prosecutors charging people with felonies for holding tiny, sometimes even “trace” amounts of drugs, and pretrial detention and long sentences “combine to coerce the overwhelming majority of drug possession defendants to plead guilty.”

“I met people who were prosecuted for 0.02 or even 0.007 grams of drugs,” said Amy Braunschweiger, an HRW researcher. “We found 80 percent of people sentenced to time behind bars for felony drug possession were convicted of possession of drugs other an marijuana that weighed less than 1 gram. That’s just a handful of doses of many drugs – and for the people I met, it was sometime even less than a dose because they were convicted – of a felony – for possessing a hundredth or even thousandth of a gram.”

It has been 40 years since the Nixon administration launched the “War on Drugs,” which the report argues has failed, with rates of drug abuse still high.

The majority of Americans report using illicit drugs at least once in their lives, and white and black people use drugs at roughly the same rate, but drug laws are enforced in a way that disproportionately affect black communities, according to the report.

The report found drug possession laws are a major part of the way police interact with black communities.

“Part of it may be that drug possession arrests are relatively easier to make than arrest for violence crimes. It can’t be that all police really think people who use drugs are the number one public safety concern, and yet drug possession is the number 1 arrested crime,” said HRW.

The report found that convictions for drug possession can have harmful long-term consequences for families, welfare assistance, public housing, voting and employment opportunities.

The report also argued that most people who do drugs don’t become dependent on them but when they do, locking them up isn’t helping.