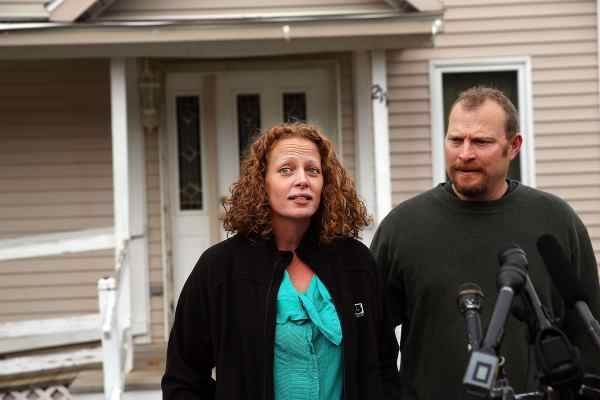 I hope she will get millions of $ in compensation for this abuse of power.

The American nurse who is being quarantined against her will after returning from a mission in West Africa says she may sue officials in the state of Maine if they refuse to lift the restrictions they’ve imposed.

Kaci Hickox, the nurse, told ABC’s “Good Morning America” on Wednesday this week that she will soon outright reject the state’s attempt to keep her isolated, despite the requests from officials who fear that allowing the woman out of a Fort Kent, ME residence could lead to an Ebola outbreak.

“I will go to court to attain my freedom,” Hickox told the television network Wednesday morning during an interview conducted over Skype. …

A Maine judge on Friday ruled in favor of a nurse who defied a quarantine in a tense standoff with state authorities, saying local health officials failed to prove the need for a stricter order enforcing an Ebola quarantine.

Standing with her boyfriend Ted Wilbur, outside their home in Maine, Hickox told reporters the decision was a “good compromise” and that she would continue to comply with direct active monitoring. …