As farmers destroy their crops, the queues at food banks get longer. We’re living in an insane world 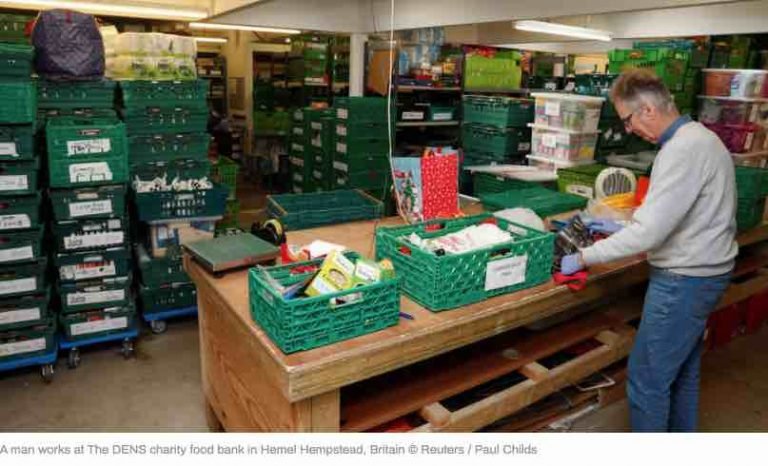 The coronavirus lockdown has seen the number of hungry people using food banks quadruple, and the looming economic slump will make things even worse. We’re going to have to change how we operate.

You would think that in these unprecedented times of crisis, where it seems that communities, businesses, and politicians are speaking unprecedentedly with one voice, “stay at home,” “stay safe,” “look after each other,” “be good neighbours” and “Save the NHS” – we might think that there is a new-found compassion, fairness and a genuine empathy for each other.

And, more importantly, a growing recognition that our society had been lacking in support and care for certain sections of it. On the face of it, it seems that a virus has achieved in just a few weeks what many of us that have been marching, campaigning, arguing and fighting over for years: a fairer society, where everyone is important and no one should be left behind or worse: purposefully excluded.

Then I watched a video of a farmer destroying his food crops because he can’t sell them. Just as the Covid-19 lockdown sends the number of hungry people being forced to rely on food banks soaring. And I realise we still live in a crazy, irrational world, where money comes first, people a distant second, and working-class communities last.

I wrote a book in 2014 about a 15,000-strong community in Nottingham called St Ann’s, a large council estate where I had lived for 25 years, raised my family, had friends and family and was part of a strong, working-class community.

St Ann’s, originally set up in the mid-19th century as a town for the working poor, has for many generations offered safety and homes and community for some of the most impoverished people in Nottingham and, indeed, the country. It’s also a place that has been stigmatised as dangerous by mainstream media – condemned for being full of drugs and drug dealing, single mums and gang violence.