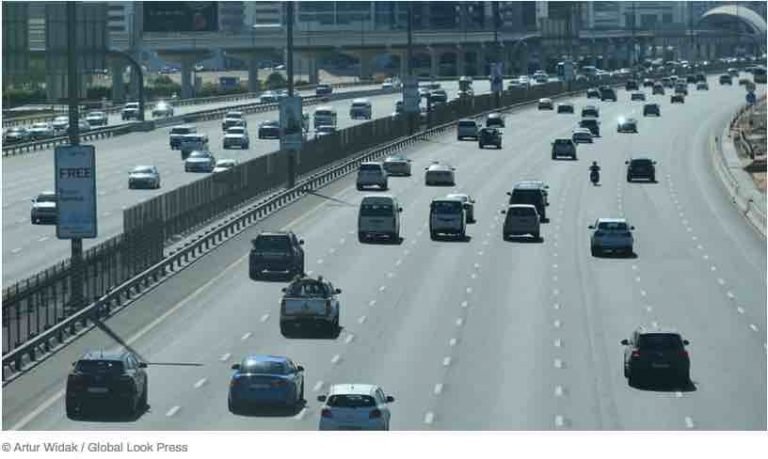 A British IT consultant who raised his middle finger at another driver in Dubai could face a six-month jail term after being arrested for ‘offensive behavior’.

Jamil Ahmed Mukadam, 23, from Leicester, made the gesture as he made his way to the airport in a hire car after a holiday in the Gulf state in February. After a driver tailgated him and started flashing his lights, Mukadam reacted “in frustration.”

He thought “nothing more of it,” but on returning to Dubai on September 10, he was arrested at immigration control and initially held in a police cell with criminals including rapists and murderers, according to the Sun. He was released on bail to a hotel but had his passport confiscated to stop him leaving the country.

“I was driving to the airport with my wife and this guy was up behind me flashing his lights. I pulled over and they were screaming at me. I stuck my finger up and drove off.

“It’s the kind of thing that happens in England all the time. You don’t go to jail for it.

“When I came back last week for a holiday with my wife I went through passport control in Dubai and when they took a scan it started beeping loudly. Within seconds I was surrounded by police and taken off to jail,” he added.

Radha Stirling of law firm Stirling Haigh, who is assisting Mukadam via the Detained in Dubai organization, said offensive or insulting behavior is considered a crime in the United Arab Emirates (UAE).

“We have dealt with a number of cases where traffic frustration has led to detention. We caution visitors and expats that they could face criminal charges for behavior that would be common in their own countries.

“We hope that the courts in Dubai are lenient with their sentencing and issue a fine at worst.”

Detained in Dubai cautions visitors and expats they may face criminal charges for behavior considered commonplace in their own countries, including sharing a hotel room with someone of the opposite sex who they are not married to, sex outside marriage, public displays of affection and drinking alcohol, even at a licensed venue.

Mukadam is not the first Briton to fall foul of the law in Dubai. In May 2011, top UK surgeon Joseph Nunoo-Mensah was detained in Dubai after being accused of a making a rude gesture at another driver through the window of his car.