Eating bugs should be the new norm 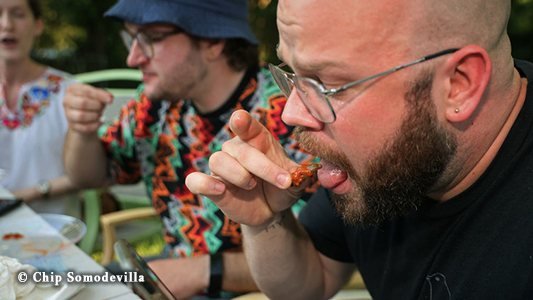 The newspaper has again promoted consuming edible insects, triggering an online backlash
One of the most prominent US newspapers has again called for Americans to rely on bugs as a major food source, arguing that the shift to edible insects from beef, pork, and chicken will be good for the environment. Eating insects instead of livestock-based meats will “lighten environmental footprints,” the Washington Post said in an article published on Sunday. Farm-raised insects also yield protein more efficiently, the newspaper claimed. For instance, crickets are 12 times more efficient than cows in converting feed to edible weight.

Sunday’s article marks the latest in a long line of efforts by the Post and other media outlets to sell Americans and consumers elsewhere in the West on eating insects. A quick Google search reveals that the Washington Post has been repeatedly hammering the topic since at least 2013, posting articles with such titles as ‘Why bugs must be a bigger part of the human food chain’ and ‘Why you can, should and probably will eat bugs’. A 2019 piece had a question as the title: ‘Would you eat insects to help save the planet?’