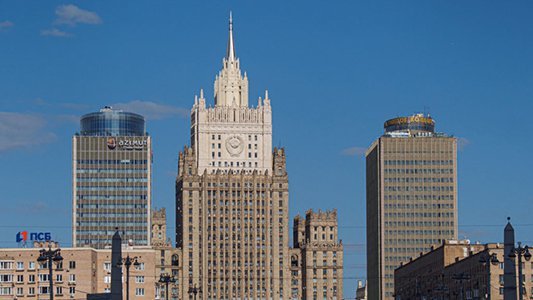 Sanctions are not only one way…

The Russian Foreign Ministry responded to the “unfriendly actions” of the three Baltic states on Thursday, by closing their consulates and declaring their staff ‘personae non grata’. Estonia, Latvia, and Lithuania had previously announced their decision to close their Russian consulates.

The ministry summoned top representatives of the diplomatic missions of these countries to express a “strong protest” over such measures. During the meeting, Russia announced it would forbid the operations of all three countries’ Consulates General in Saint Petersburg, as well as of Latvia’s consulate and Estonia’s consulate in Pskov. The foreign ministry specified that the decision was made “on the basis of the principle of reciprocity,” as well as taking into account the military assistance that was being provided by these countries to Kiev, and “the covering up of the crimes of Ukrainian nationalists against the civilian population of the Donbass and Ukraine.”