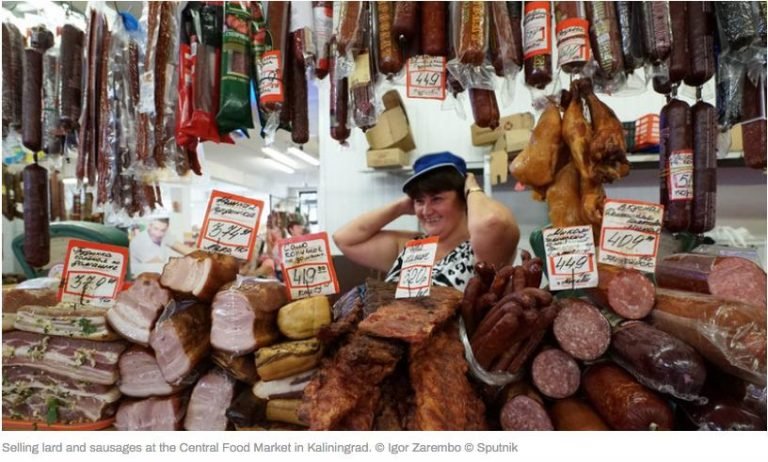 Of course, it’s in the interest of European people not to serve the USA as puppets.

The Russian envoy to the European Union has said he believes that the current sanctions employed by both sides would give way to long-term cooperation within a common economic space.

“I’m an optimist and I think that the current rhetoric of the EU will pass, as will the sanctions – they cannot last forever. The common economic space, on the other hand, is a serious long-term project,” Vladimir Chizhov said in an interview with Izvestia daily.

Chizhov also welcomed the proposal to start work on a common economic bloc “from Lisbon to Vladivostok” recently voiced by French ambassador to Russia Jean-Maurice Ripert, albeit noting that this was not the first time such an initiative had been brought up by both Russian and European officials.

He also noted that in the long term the project could encompass not only the EU and Russia, but the EU and the Eurasian Economic Union – the bloc that also includes Belarus, Armenia, Kazakhstan and Kyrgyzstan.

“It will be the binding of all integration processes and structures that had been created lately that can give our European continent, or, we can also call it the Eurasian continent, the confidence in the changing multi-polar world,” Chizhov said.

“I would like to emphasize one thing, to avoid misunderstanding – the issue of sanctions currently is not on the bilateral agenda. This is a unilateral problem, created by the European Union and it should be solved by the European Union. When our partners find enough political will to get out of the dead end that they have led themselves into, they know where to find us,” the Russian diplomat stated.

“It’s true that we have introduced reciprocal measures – an entry ban on certain persons and certain trade restrictions – but we said it back then and we are ready to repeat this – Russian sanctions are a reply measure and they will be lifted as soon as the European Union lifts its initial restrictions,” he added.

The sanctions exchange began in mid-2014 as the US, EU and a number of their allies introduced sanctions against Russian companies and politicians over Russia’s alleged role in the Ukrainian conflict and the accession of the Crimean Republic into the Russian Federation.

In August 2014, the Russian government reciprocated with a ban on the import on meat, poultry, fish, cheese, milk, fruit and vegetables from the US, EU, Australia, Canada, Norway and other countries that had joined the initial Western sanctions. The embargo has been prolonged several times , most recently until December 31, 2017, due to the unwillingness of the West to lift restrictions on Russia.

However, in mid-June this year President Vladimir Putin told the participants of a major economic forum that Russia could lift the sanctions it has imposed on the EU, once it’s certain that similar steps would follow from the union and that Russia wouldn’t be “once again deceived” by its Western partners.

RAEL'S COMMENT: “WEF is increasingly becoming an unelected world government that the people never asked for and don’t want,” billionaire Elon Musk commented on the …