‘US campaign in Afghanistan has failed, troops should leave’ – Russian envoy 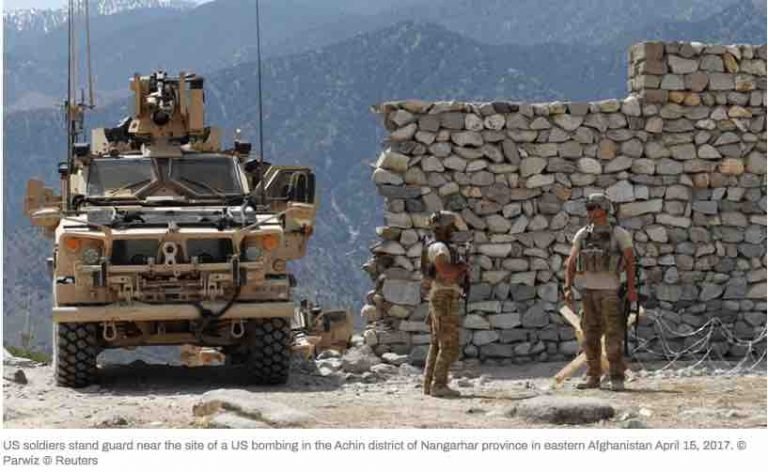 US troops should leave everywhere. Or we will soon see China and Russia, who have almost no military bases around the world, create many everywhere to match the 180 US military bases actually existing in more than 60 countries. One more time, there is no reason for the US bullying imperialist power to dominate the world.

The US campaign in Afghanistan has failed and Washington needs to withdraw its troops, says the Russian president’s special envoy to Afghanistan. He added that Kabul has grown into a “global incubator of international terrorism.”

“Moscow never hastened the withdrawal of US troops from Afghanistan. But since the US Army [campaign] there has come to nothing, let them leave Afghanistan,” Kabulov said.

“The American campaign in Afghanistan has failed. Afghanistan risks becoming a global incubator of international terrorism. It has, in fact, already partially grown to become it,” Kabulov added.

Russia strongly opposes the American idea to replace the regular US Army in Afghanistan with military contractors.

“The US is in despair, and plans to replace the professional armed forces with mercenaries are stupid. It will not lead to anything good: mercenaries will simply break into a run. They recruit them from around the world, offering cash. How are they going to fight against the Taliban?” the diplomat wondered.

The US Department of Defense has spent more than $76 billion on weapons and equipment for the Afghan security forces since 2002, the US Government Accountability Office said last week.

Washington has paid for 600,000 weapons, including rifles and pistols, for the Afghan Army and police, the GAO report, released on Thursday, said.

The report came as President Donald Trump said he is “very close” to announcing a new strategy on Afghanistan.

“It’s a very big decision for me,” he told reporters in Bedminster on Thursday.

“I took over a mess,” Trump said, “and we’re going to make it a lot less messy,” he added.