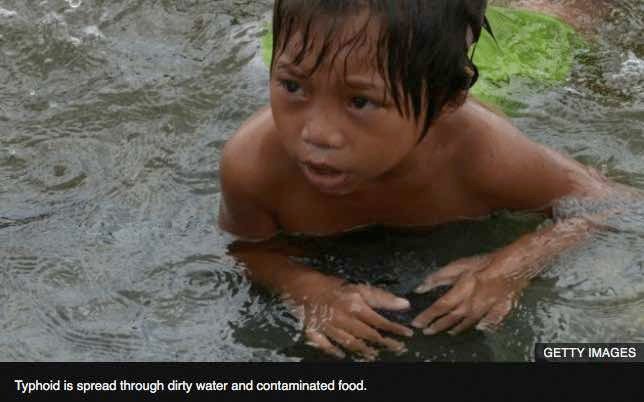 A new vaccine that could prevent up to nine-in-10 cases of typhoid fever has been recommended by the World Health Organization.

Experts say it could have a “huge impact” on the 22 million cases, and 220,000 deaths, from typhoid each year.

Crucially it works in children, who are at high-risk of the infection, unlike other typhoid vaccines.

It is hoped the vaccine could eventually help countries eliminate typhoid.

Typhoid fever is caused by Salmonella Typhi bacteria and patients have:

The infection is most common in countries with poor sanitation and a lack of clean water, particularly in south Asia and sub-Saharan Africa.

Two typhoid vaccines already approved to help reduce the number of cases, but none are licensed for children under the age of two.

Every childhood vaccine may go into a single jab
The decision to recommend the new conjugate typhoid vaccine was made by the WHO’s Strategic Advisory Group of Experts on Immunization (Sage).

Prof Alejandro Cravioto, the chairman of Sage, said: “For the first time I think we do have a very effective vaccine.”

Sage recommended the vaccine should be given to children aged six-months old and said catch-up campaigns focusing on children up to 15 years old should also take place.

Prof Cravioto said the vaccine was vital as the world was “reaching the limit” of current treatments due to the “crazy amount” of antibiotic resistance the typhoid bacterium had acquired.

‘A valuable weapon’
Data from a clinical trial of the vaccine, carried out by the University of Oxford, was published just last month in the Lancet medical journal.

The “challenge study” gave the vaccine to 112 people and then deliberately infected (challenged) them with typhoid-causing bacteria.

Such an approach gives a clear picture of a vaccine’s effectiveness without having to immunise thousands of people. It showed the vaccine was up to 87% effective.

Prof Andrew Pollard, who ran those trials, told the BBC News website: “It could have a huge impact.

“If it can be rolled out in all communities, it must be possible to prevent the majority of cases and if it also interrupts transmission, which hasn’t been shown yet, then it could be eliminated from those regions.”

Gavi, the global body that pays for vaccines in 68 low and middle-income countries, is now considering whether to add the typhoid vaccine.

Dr Seth Berkley, the chief executive of Gavi, said: “Not only could this vaccine save lives, it could also prove to be a valuable weapon in the fight against antimicrobial resistance.”

Before antibiotics, typhoid killed one-in-five people infected. Now there is growing levels of typhoid that is resistant to drugs. 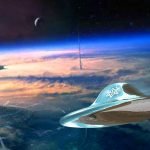