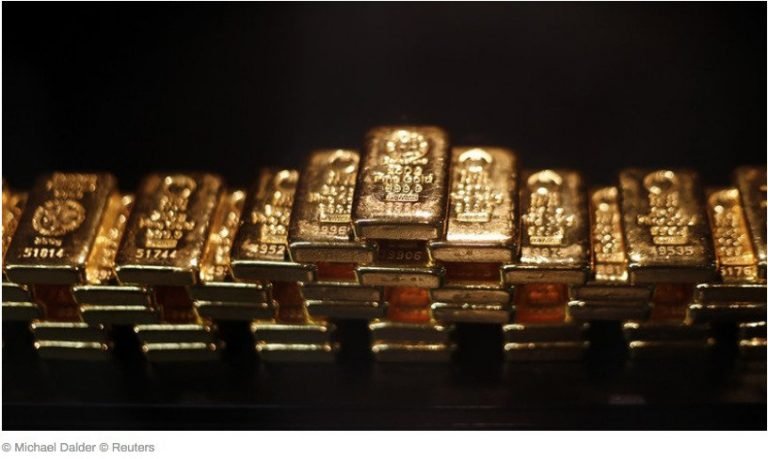 That’s a breach of contract and they should sue the banks. If you buy this kind of bond, make sure the delivery to you of physical gold is 100% guaranteed. And to avoid this, better to buy directly physical gold as coins or bars in the first place.

Clients of Germany’s biggest bank who have invested in the exchange-traded commodity Xetra-Gold are facing problems when they want to obtain physical gold, according to German analytic website Godmode-Trader.de.

Xetra-Gold is a bond on the Deutsche Börse commodities market, and Deutsche Bank is a designated sponsor. On the website, Xetra-Gold says its clients have the right for physical delivery of gold.

“Physically backed: The issuer uses the proceeds from the issue of Xetra-Gold to purchase gold. The physical gold is held in custody for the issuer in the Frankfurt vaults of Clearstream Banking AG, a wholly-owned subsidiary of Deutsche Börse. In order to facilitate the delivery of physical gold, the issuer holds a further limited amount of gold on an unallocated weight account with Umicore AG & Co.,” says Xetra-Gold.

However, despite claims that every virtual gram of gold is backed by the same amount of physical gold, clients have been refused the precious metal upon demand.

According to Godmode Trader, its reader “sought physical delivery of his holdings of Xetra-Gold. For this he approached, as instructed by the German Börse document, his principal bank, Deutsche Bank.” However, he was told that “the service” was no longer available for “reasons of business policy”. The article went on to say it’s not yet clear whether other banks are still delivering gold through Xetra.

Xetra-Gold says its holdings amount to over 85 tons of gold. “At the same time, the number of deliveries of physical gold has risen to nearly 900, at a total volume of over 4 tons”, and the assets it manages reach €3.5 billion.

Thus, troubles with delivering even small gold amounts to retail clients by Deutsche Bank may indicate that a global physical gold shortage is only growing.

According to the World Gold Council, Germany has the world’s second largest gold reserves at 3,381 metric tons. However, there has been a public backlash against the government for keeping most of the country’s gold reserves abroad.

The majority of Germany’s gold held in country is being stored in Frankfurt. In December 2015 there were reserves of 1,402.5 metric tons. The Deutsche Bundesbank reports it still holds more than 1,347 metric tons of gold in New York, 434.7 metric tons in London and more than 196 metric tons in Paris.