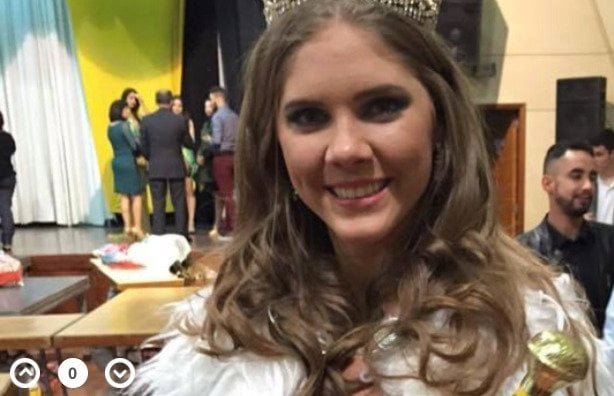 Boycott tourism in the US.

The United States media seldom discusses Brazilian migration to the United States, mostly because of the relatively small number of immigrants flowing into the country each year.

But reports related to Brazilian visitors being detained at U.S. airports have been making the rounds abroad, prompting many to ask whether U.S. officials changed their policies.

In the past six months, the Brazilian press reports, at least three teenagers have been detained while traveling unaccompanied to the United States. The last three cases, the country’s most popular news organization reports, involved teens who traveled to America assuming they had all the documentation required to enter the country as tourists. But once they arrived, they were stopped and detained without being promptly given a reason for the alleged incarceration.

In the most publicized case, 16-year-old Anna Stéfane Radeck from Embu-Guaçu, São Paulo was on her way to Orlando, Florida to visit her aunt when the authorities questioned her about traveling outside of Brazil on her own. After spending ten hours in a room inside the Detroit airport, the teen was then transferred to a shelter for illegal migrant minors in Chicago, Illinois.  The girl’s mother, Liliane Carvalho said her daughter was ordered to wear a uniform and was then subjected to a string of vaccinations.

The foreign teenager was only allowed to call her family three days after being detained.
When she finally talked to her mother, she claimed she did not know why she had been detained. The girl told her mother authorities gave her ten vaccines at the shelter. Reporters did not say whether or not Carvalho was asked to authorize these procedures beforehand.

Overall, the teenager stayed 20 days in the shelter for illegal immigrants in Chicago — despite having authorization to travel from both the United States and Brazilian governments.

On August 30th, the teen was finally allowed to leave the shelter with a promise from U.S. authorities that she was allowed to return to America “whenever and as many times as she pleases.”

During the court hearing prior to the girl’s release, the judge apologized to Radeck and her mother “on behalf of the American government over the incident.”

According to Radeck’s attorney, Ana Paula Dias Marques, the United States is allowed to revoke entry authorization from anyone, even if the individual in question has a visa stamp on their passport. But according to protocol, persons who lose their authorization to remain in the country are placed on the next flight back. Neither detention nor vaccination are required.

While Radeck is now free, Miss Brazil Model 2015 Lilian Matte remains in a shelter in Chicago.

The 17-year-old was also detained after authorities claimed she was not allowed to enter because she was a minor traveling without a parent or a guardian. She remained in the Miami, Florida airport between August 22 and 24 before she was transferred to the Chicago shelter.

But according to the Miss Brazil’s mother, Anaide Matte, there’s more to this story. “She was detained because she took a ‘selfie’ in a restricted area in the airport,” Matte told Globo. “[O]fficials didn’t like it and, while they checked her documents, they decided to arrest my daughter.”

Matte was on her way to the United States from Venezuela to try to retrieve her daughter from the shelter earlier this week. She told reporters she contacted Radeck’s mother to learn more about her own experience with the American authorities.

In May, another teenager went through a similar situation.

Seventeen-year-old Anna Beatriz Theophilo Dutra was detained by immigration officials in Detroit, where she was allegedly accused of “being an illegal immigrant, of having entered the country to meet men and of also having the wrong visa.” According to Dutra’s mother, authorities lied. She was released after spending two weeks in the Chicago detention.

No news sources in America seem to have picked up any of these stories.