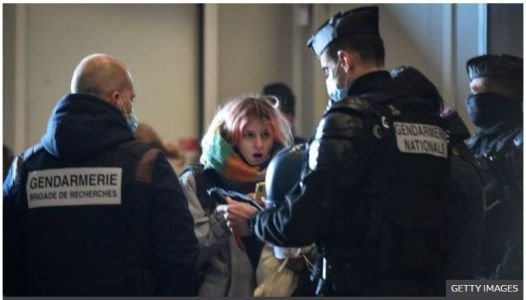 An illegal warehouse rave that began on New Year’s Eve in France in defiance of coronavirus precautions has been shut down by police after arrests and clashes.

Some of the 2,500 ravers in Lieuron near Rennes in Brittany had planned to party until Tuesday. Police issued fines to revellers found leaving and the organisers were being identified as the party ended.

A number of party-goers were from the UK and Spain, police said. Attendees clashed with police, setting fire to a car and throwing objects at officers attempting to shut the event down. At least three officers were injured.