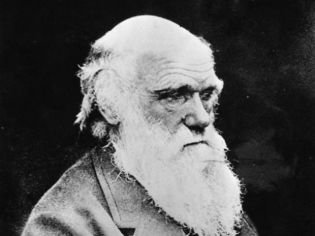 Two decades ago, one scientist wrote a book that changed the way we talk about evolution. And his argument is still making waves.

“On the Origin of Species by Means of Natural Selection, or the Preservation of Favoured Races in the Struggle for Life.” It was a mouthful of a title too typical of Victorian-era authors. But Charles Darwin’s magnum opus, more commonly known as “On the Origin of Species,” belongs on any list of books that made our world what it is today.

What many don’t realize is that the father of evolutionary theory showed a great deal of humility and openness to criticism. In one famous passage, Darwin wrote that, “If it could be demonstrated that any complex organ existed, which could not possibly have been formed by numerous, successive, slight modifications, my theory would absolutely break down.” He immediately added that to his knowledge, there were no such examples.

What Darwin gave us here was a criterion by which his theory could be falsified, teeing up future scientists to reevaluate his conclusions. And in 1996, one biochemist did just that.

Lehigh University professor Michael Behe has spent his career peering through a microscope at the inner workings of cells—workings about which Darwin, writing in the 1850s, could only speculate. In his 1996 book, “Darwin’s Black Box: The Biochemical Challenge to Evolution,” Behe explained how Darwin’s inability to see inside the cell kept him from witnessing mechanisms and processes which could not possibly have been formed through “numerous, successive, slight modifications.”

Organelles like the flagellum—a microscopic “outboard motor” which many bacteria use for propulsion—exhibit what Behe describes as “irreducible complexity.” In other words, these tiny machines—complete with drive shafts, bushings, universal joints, and propellers—have exactly the correct configuration of parts to perform a specific function. They could not have evolved from simpler mechanisms with fewer parts, because such mechanisms would be either useless or detrimental, in which case natural selection would weed them out.